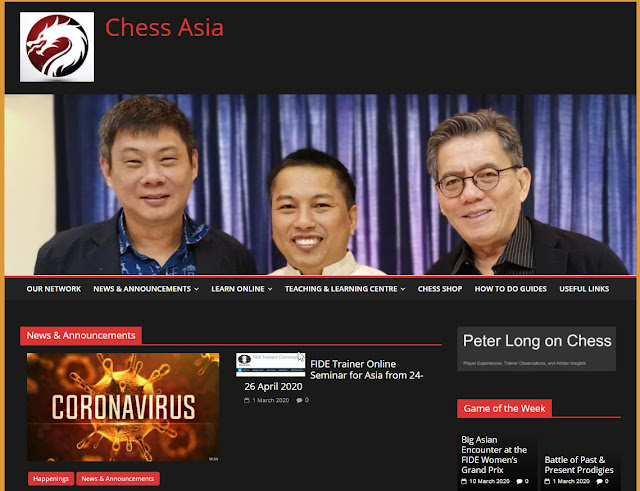 While I was in Europe I realised Chess Asia was down when seeing an empty screen with only the default WordPress theme desplayed without content.

I was also unable to log-in.

Numerous emails sent to the tech support of my hosting company over the next two weeks only got were polite and repetitive answers which at the end of the day meant they could do nothing except to reset my log-in.

My own investigation found a plug-in that mysteriously installed itself into a very standard WordPress and popular theme.

This plug was known to be malicious as on activation would wipe out the database and clearly that happened but as to who did it and how it could have happened, by the process of elimination, would indicate that it was clearly due to insufficient investment in security by the hosting company.

So, a change of hosting, and another couple of days spent setting up a new website.