The Growing Impact of Coronavirus on Chess in the Region

By Peter Long - February 09, 2020
Every year the HD Bank Cup, now established as Vietnam's flagship event, is held in March and now it is postponed indefinitely.

The same it seems has been or is going to be the fate of the ASEAN Para Games which was also scheduled in March. 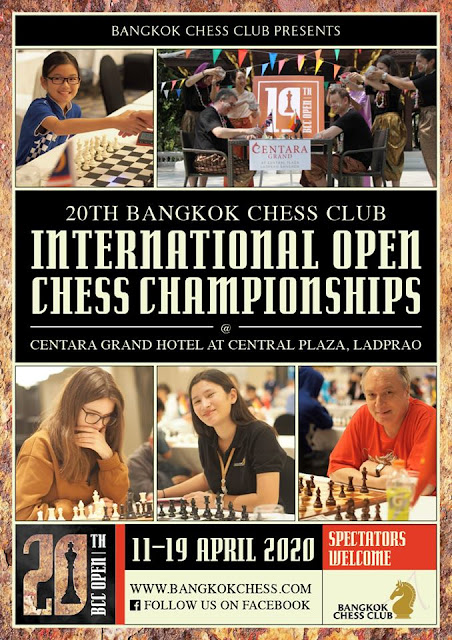 A month later sees many traditional events and so far Thailand is resisting: the 20th Bangkok Chess Club Open will continue from 11th to 19th April, and I understand there is no plans to shift the Asian Schools Championships which they will be hosting.

I wonder about the JAPFA Chess Festival in Indonesia which normally takes place in April to coincide with their founder's birthday celebrations, but they have always gone their own way.

This is so far about ASEAN but we can be even more sure that it is going to be all but impossible for China to do anything this year and that contagion is going to spread to North East Asia notwithstanding it is really only Taiwan who is organising.

Without saying too much, this is going to be a a huge problem for the Asian Chess Federation.

Many of their titles doled out in their cadet, youth and junior events are already seen to be very soft and mostly have been benefiting the host country players, but now even the minimum requirements of participation from other countries will be almost impossible to satisfy as many will not risk travelling.