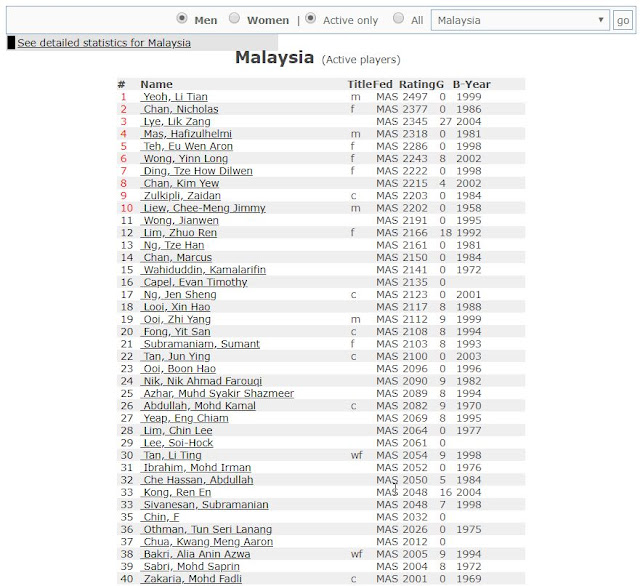 According to the most recent (August 2018) FIDE Rating List, Malaysia is ranked 82nd in the world, pretty much where we normally are even if it is again our No. 1 Yeoh Li Tian's rating that has dragged us up a few places.

Lik Zang at No. 3 will be the highest rated player in the Malaysian team for the coming World Chess Olympiad in Batumi, Georgia and he is joined by No. 9 Zaidan Zulkipli 2203, No. 12 Lim Zhou Ren,
2166, current National Champion and No. 20 Fong Yit San 2108, and No. 102 Mukhriez Shah Mahmood Shah.