Malay Mail Online: Tournaments In Asia... Including One That Had Its Start in Penang 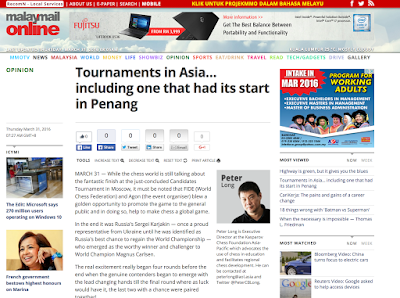 http://www.themalaymailonline.com/opinion/peter-long/article/tournaments-in-asia...-including-one-that-had-its-start-in-penang
Posted by Peter Long at 08:09 No comments:

Malay Mail Online: A Look At The Candidates... And The Action At Home 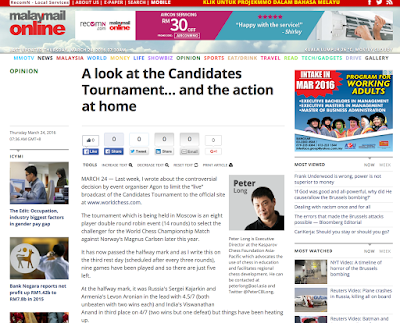 http://www.themalaymailonline.com/opinion/peter-long/article/a-look-at-the-candidates-tournament...-and-the-action-at-home
Posted by Peter Long at 07:50 No comments:

Malay Mail Online: So, What Else Is Happening In Chess? 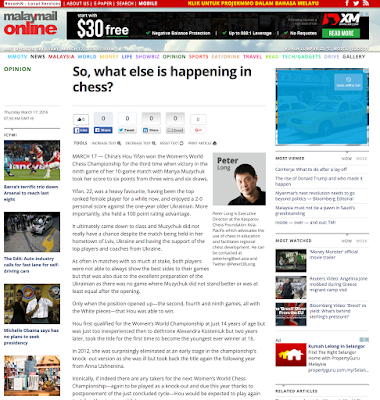 http://www.themalaymailonline.com/opinion/peter-long/article/so-what-else-is-happening-in-chess
Posted by Peter Long at 07:57 No comments:

Malay Mail Online: The Action So Far At The Women's World Chess Championships 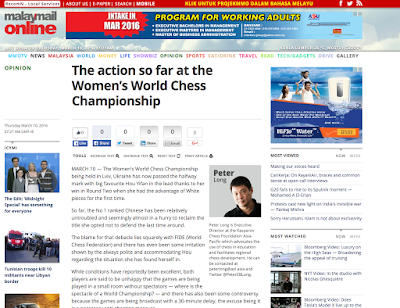 http://www.themalaymailonline.com/opinion/peter-long/article/the-action-so-far-at-the-womens-world-chess-championship
Posted by Peter Long at 07:38 No comments: 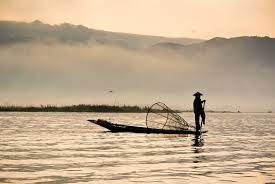 This event is organized by Myanmar Chess Federation in order to create opportunities for the ambitious players to achieve IM Norms and increase their ratings under the auspices of the Myanmar National Olympic Council.

9 May Departure
(Remark - If the players want to have a rest day, the schedule may be changed at the Technical Meeting. But the dates will remain unchanged.)

Total 10 players (3 IMs + 7 Others); Single Round-Robin; FIDE-rated and titled; Rate of play will be 90 minutes for the whole game with 30 seconds increment for every move starting from the first move. Zero-Start shall be applied.

Yadanar Aungban Hotel, Aungban, Shan State, Myanmar. (http://www.hotelyadanaraungban.com/)
Aungban is a town in the Shan State of eastern Burma. It is located at an elevation of 4219 feet above sea level in Kalaw Township in Taunggyi District.
There are many places of interest nearby such as Inlay Lake, Pindaya Cave, Kalaw, Taunggyi …etc. More information can be found at www.myanmar.com.

All the players have to stay at the official hotel.

No prize money. 1st.- Trophy, 2nd. - Trophy, 3rd. - Trophy.
The diploma certificates are to be awarded for all players.

The fee is non-refundable and non-transferable. There will be 10% Extra Charge for those who register and send the money to the organizer's bank accounts after 31st. March, 2016.

Myanmar Chess Federation members shall have to pay their dues upon registration.
Foreign players have to settle the full payment (Entry Fees + Hotel Room Charges) to the organizer before 10th. April, 2016. Otherwise, they shall be expelled from the tournament.

This is necessary to have the entry visa before entering Myanmar. The players from foreign countries have to apply and get the entry visa from the nearest Myanmar Embassy in their countries. The information is available at http://www.myanmar-visa.org/ and http://evisa.moip.gov.mm/
On-line visa can also be applied there too.

General information about Myanmar can be found at  http://goseasia.about.com/od/myanmar/

Since the numbers of players to participate in this event are limited, players are advised to make early registration and payment to confirm their participation. Payment shall be made one day after the approval from the organizer and the scanned copy of payment at the bank shall be sent by email to the organizer.

10. The organizers have the right to reject any entry without giving reasons.
Posted by Peter Long at 12:31 1 comment: 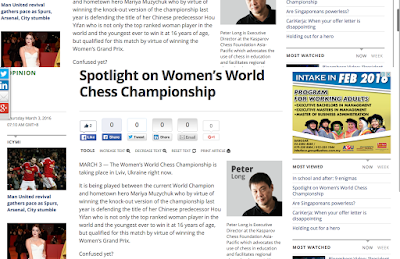 http://www.themalaymailonline.com/opinion/peter-long/article/spotlight-on-womens-world-chess-championships
Posted by Peter Long at 09:02 No comments: 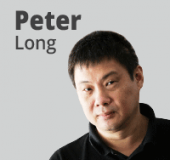 Ten years ago I was persuaded to return to chess with the setting up of the first chess academy in Malaysia - a branch of Intchess Asia based in Singapore which was then at its peak with some 40 over chess trainers employed from all over the world and boasting an 80 percent market share.

Now rebranded, Polgar Chess Asia in its premises in Desa Sri Hartamas, Kuala Lumpur, continues to thrive today with a focus on offering a mix of child enrichment programs and foundation courses.

In the first few years I was heavily involved and much of the best young talent were products of the academy including several national senior champions and I was also fortunate to have even had the opportunity to even work some of the best in the region, many who had gone on to earn international titles.

There are many who teach chess for a living today in Malaysia and successfully too when looking at them from the financial standpoint, but without exception they are all one man shows.

What is certain is that Intchess, later Polgar Chess Asia with the sale of the Singapore parent, has in all this time been setting the standards for the local chess training industry while proving that it was possible to professionally run a chess education business.

Last year it was time for me to say goodbye to the Kuala Lumpur Chess Association and one of the big reasons was to have the time to doing the kind of training that I used to do when it was Intchess and not Polgar Chess Asia.

Accordingly this year I left to start the KL Chess Academy (see www.klchessacademy.com) and offer HPE (High Performance Excellence) chess training with a common methodology with the ASEAN Chess Academy which has been now been revived in Singapore.

I see what the KL Chess Academy does as complementing that of Polgar Chess Asia and indeed most of the other local trainers in KL who are really able to only work with young kids 1500 and below.

My competition is of course the stronger players in the country who also teach chess by sharing what they know from having studied chess for themselves, and also the many Filipinos who are working here illegally and often with private arrangements with parents who really should know better.

The training of young talent requires a more focused and structured approach as that is what I am offering as my key differentiator (as opposed to the player who teaches).

A common complaint I used to hear from the trainers in Polgar Chess Asia was that after giving their students a good foundation their impatient parents would be seduced by the promises of trainers they meet at competitions and would leave and soon after their subsequent success immediately attributed to their magic touch!

Our chess community knows it but likes to pretend otherwise and the fact it that while we have talent, they are not only not developing fast enough before the pressures of school take priority.

It's worst if we compare progress with the rest of the world - Malaysia is falling every further behind year after year but for some locals, to be fair, this is unimportant as they are pursuing a different type of reward for their kids and sometimes "fixing" is also an option.

What surprised me in the last month was that a new kid on the block has emerged with an old friend, IM Jimmy Liew as its Head of Training (sole operator?).

His amazing good fortune is that he has been given a fully renovated rent free premises in Mid Valley Mega Mall together with a salary paid for by Dato' Tan Chin Nam. His partners? His old and new friends CM Colin Madhaven and IA Chan Kwai Keong, both whom I avoid like the plague!

Polgar Chess Asia pays its taxes as a going business concern while I am not sure the many individual local coaches declare their income while it's even more murky with the visiting Filipinos.

But a heavily subsidised business is taking it to another level altogether! With promotion by the Mid Valley City management too! Jimmy's customers might want to ask for significant discount on fees or for Dato' Tan to give a scholarship.
Posted by Peter Long at 21:24 No comments: