FIDE Rating List for February 2016: Malaysia Has a New No. 1 Player 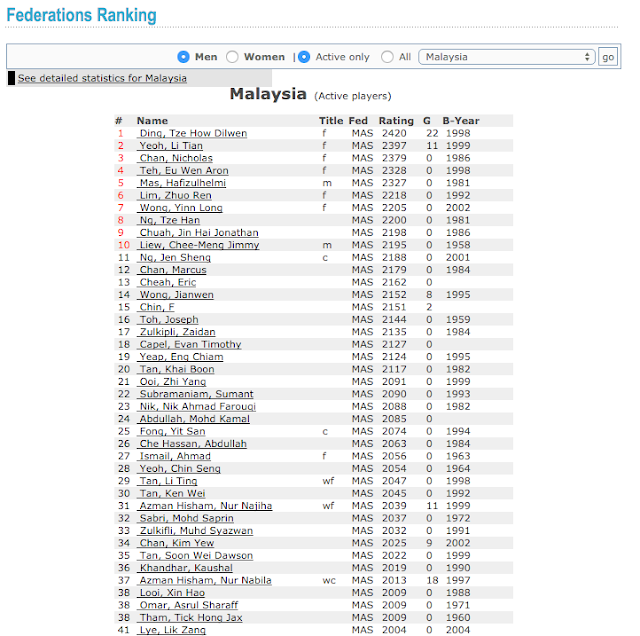 Dilwen Ding has overtaken Yeoh Li Tian and Nicholas Chan to top the Malaysian Rating List and in doing so has broken 2400. 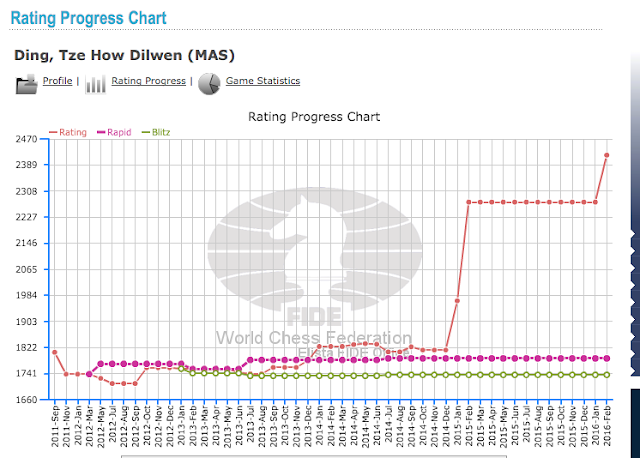 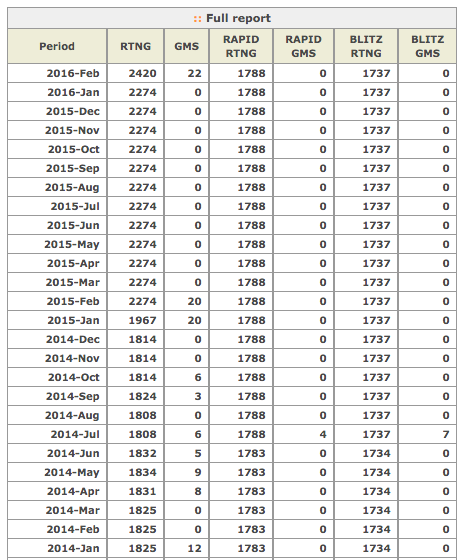 Dilwen's progress has been extraordinary in the last year or so, jumping from 1814 in December 2014 to 2274 in February 2015 with 40 games played in two months, and now one year later another huge jump to 2420 with 22 games played in one month. Together with an IM norm. 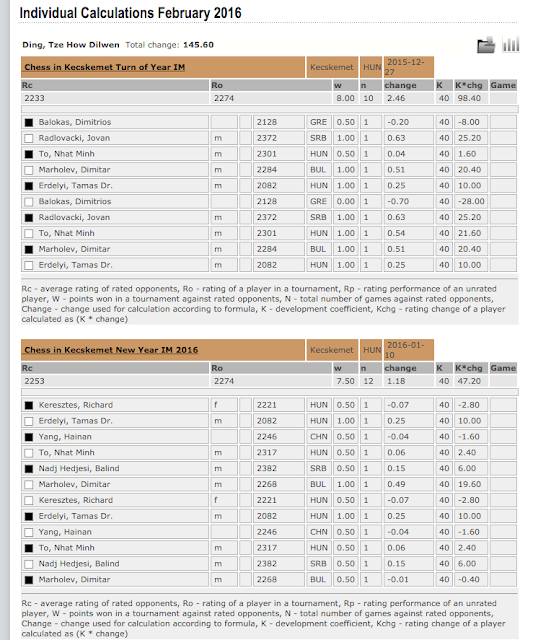