In Taipei And At The Asian Dragons Invitational 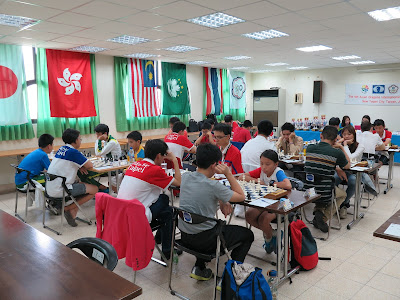 The Asian Dragons Invitational is being held in Taipei from 11-18 July 2015 and there are two Malaysians taking part i.e. Chan Kim Yew who is seeded sixth from the twenty one participants in the Open section and Goh Jie Yi. 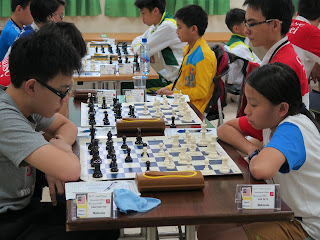 While the seven first time Thais (which represent one third of the entries) managed not to have a single first round encounter amongst themselves, the two Malaysians were somehow paired together and after a long hard fought battle, had to settle for a draw.

It has been some time since I have been to Taiwan and so took the opportunity to visit an event that I have had a long association with, having been Chief Arbiter in 2008 and 2009 (after it first took place in 2007 in Kaohsiung) and helping convince them to move permanently to Taipei in 2009,

Although the Asian Dragons has always been a friendly competition for players from Macau, Hong Kong, South Korea, and hosts Chinese Taipei (with Singapore also a regular presence), in recent years Japan has also been represented.

Since 2014 it has opened up a little more to other country participation, albeit on a case by case basis, both keeping a rating ceiling of 2200 and the very nice club tournament atmosphere, and so last year I managed to arrange for Zaidan Zulkipli to play (he of course emerged champion!).

Unfortunately I am still not eligible to take part but then again being a tourist in one of the major cities in the world is not a bad thing at all and all the more so when you have many local friends (and the option of dropping by the event to see other friends from other countries).

For the pairings and results, see http://www.chess-results.com/tnr180427.aspx?lan=1