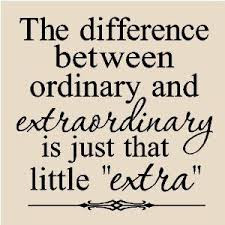 Now that I have quit all posts and official involvement in the local chess scene I have time to do a Young Talent HPE (High Performance Excellence) Program that so many have asked for in the last year or so.

I will be starting in KL and probably do something in Penang and then offer the same in the region.

This is not going to be something which will normally be in conflict with a student's existing training arrangements as it should be complementary and to get it out to everyone who is interested I will be working with other trainers/academies.

For KL it will be 30 sessions over the course of a year, two to three hours each time, done on selected weekends and also camps taking advantage of both public and school holiday breaks, and designed to accommodate both national type and international school terms as well as the dates of the major national and international competitions.

While the ideal target group is the under elevens ready and able to work independently, this has to be a multi-year program (three to five years), and the topics will be appropriate to whatever age and strength provided they already have the basics - this is not a beginner course or even post beginner course - as it is then a question of what level of the subject materials are appropriate as the biggest challenge really for older kids is changing what they have learnt or are already doing.

My focus will therefore be in primarily introducing the methods together with the needed content and then to reinforce learning while developing the right habits for the student in analysis sessions.

The program will begin from July 2015 with input and progress monitoring from targeted tournaments beginning with the Malaysian Open/Festival in September, the Penang and/or Johor Opens in December, National Age Groups likely in February/March and of course the ASEAN+ Age Groups in March/April 2016.