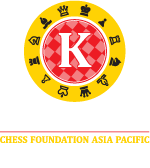 I am very happy that the KLCA post Dato' Sri Dr. Edmund Santhara-Peter Long era is already off to a good start with the new KLCA having had their first council meeting and already informing MCF of their intention to organise a revamped KL Open & Juniors - proving conclusively that while too many in MCF are without shame in clinging on to power despite making zero contributions other than imposing on parents and state affiliates for their living, I at least have once again walked the talk by stepping aside and this has allowed others the opportunity to shine.

The new KLCA is very much its own animal but as I have constantly sought advice from Dato' Sri, I am of course asked my opinion on technical matters and in fact I only have a heads up over knowing early about the KL Open & Juniors simply because I was asked today to be the Chief Arbiter so that I could use the event to pass on my experience.

Instead of a KL International Open where previously year in year out I managed to put together a top class field on a shoe string budget only to be embarrassed when our local players were simply unable to compete with the foreign professionals, KLCA is not even going the downgrade route that the Selangor Open necessarily has done or to pretend to have the aspirations of actually quite similar Penang or Johor Opens.

KLCA has instead decided to do a two day Rapid, and it will be FIDE rated subject to some in MCF not playing their usual games because when the idea was first mooted to the Hon. Secretary who called them the day after I announced I was quitting, I have now understood there was first an attempt to threaten about various legalities including alleged arrears, then a refusal to agree to or offer suitable dates, and finally it ending with an offer to do it together! (Seriously Gregory Lau, are all your tricks the same to be repeated day in day out? Thank God I no longer anymore have to deal with your kind!).

The KL Open & Juniors will celebrate Merdeka Day (for foreign readers of my blog, that is Malaysia's Independence Day) and so will be held on 30 & 31 August 2015 with a guaranteed prize fund of RM 10,000 (thanks to Kasparov Chess Foundation Asia-Pacific) including a RM 3,000 first prize in the Open!