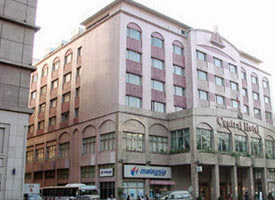 Finally I have gotten the interim list of foreign players (paid up?) from the organisers and have uploaded to http://chess-results.com/tnr151606.aspx?lan=1.

Two Malaysians are going - Justin Ong and Dilwen Ding - I also understood Mok Tze Ming was also playing but his name is not on the list of players I received but who knows, he has a lot of business dealings there.

Unsurprisingly quite a few Thais will be there and surprisingly is the large number from Singapore.

Including Nguyen Doc Hua whose GM title was just confirmed by FIDE, there are now a total of 11 GMs (Two are 2600+) and over 50 rated players. Around another 50 unrated locals will swell the already impressive number of entries.