No Transparency in MCF Rent Seeking 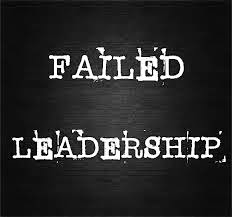 In my earlier post "All Must Go" I expressed my disgust with Tan Sri and gave specifics of my own experience with his boy Greg, also I said that the rest of the MCF Council was doing nothing and so had no business holding office.

Let me put it more bluntly to those in MCF: Get rid of Tan Sri and put an end to all this endless nonsense that is going on or accept that you allow it and so are part of the problem.

I was very involved in the ASEAN+ Age Group Championships in Macau earlier this year and in two distinct capacities, the first being responsible to coordinate and help organise the supporting events and the second, because many KLCA members were represented.

So it was no surprise that eventually a copy of the following email got sent to me, something that absolutely confirms and proves again that everything I say is true and yes, I also have official standing in this matter.

Several of the parents whose kids qualified to go either via rating requirement or through performances at the National Age Groups under KLCA have also since spoken to me and given this is now on record as per the email I will wait for MCF's response before officially writing in as KLCA although I can already guess at what is already going on.

1. Tan Sri is probably irritated that Hamid sent the email, missing the point that it is about money being taken or kept that does not belong to MCF let alone Greg who made the arrangements and was there early as Head of Delegation.

2. Greg has probably told Tan Sri the administrative fees he collected from each of the 50 or so attending (I am right that it is then RM 200 x 50 = RM 10,000) was insufficient and that he needed to use the rebate. He probably claimed he had to pay for hotel for him and various MCF officials, etc. Again that is not the point, that rebate money was not budgeted and certainly not given for this use. Probably, based on my observations of his usual modus operandi, Greg likely even demanded this rebate for himself with the hidden threat of MCF pulling out its players.

3. Now let me explain as part of the main organising team that every Federation was given a free room, no one asked Greg to come early with a female assistant and have to take another room and I have not checked but almost certainly Greg did not spend a cent on his room. As for other MCF members, I understand that the then MCF Treasurer came to attend the ASEAN Chess Confederation meeting so she would have gotten a free room and if talking about the then Secretary, as member of the ticket he was hosted as part of Kasparov Team Asia meetings.

I would sometimes want to feel sorry for Greg given the type of leadership we have in MCF but the fact is that he chooses to live this way and yet is so arrogant despite being dependent on his appointed position in MCF.

Bottom line is should someone (who I wonder and will the meeting even have a quorum?) raise this serious matter at the next MCF Council meeting it would likely either be brushed aside by Tan Sri and/or all would all find it easier to accept Greg's lying explanation again.

Which would then prove my argument that "All Must Go". I hope that for once I am wrong!