Competing Events in the Philippines (and Elsewhere)? 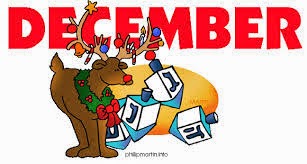 The year end local school long holiday period is starting to get rather crowded for chess enthusiasts!

My readers will know that the Myanmar Open, now renamed the GM Zaw Win Lay Memorial International Open, will be from 23-30 November and will be followed by two international Opens in Malaysia.

Those are of course the Johor Open from 1-6 December and the Penang Open from 8-12 December .

However not too many might be aware that the Philippines has recently also announced two big international opens, Philippines Cup from 5-12 December and then the PSC Chairman's Cup from 14-21 December, back to back events in Quezon City that overlap with what we are having locally in the same time frame.

Of course the core audience is not the same, the real different being that the numerous Filipino professionals will be forced to choose between the easy pickings in Malaysia or the much stronger opposition to test themselves with back home together with hopes of even bigger prize winnings.

I have already mentioned that the Asian Juniors will be held in Tagaytay from 28 November to 5 December, dates clearly chosen to dovetail into participation into their two Quezon City International Opens even if I believe less so about the players than the fact the on the ground organising team will be largely drawn from the same people.

But perhaps of more interest to locals is the Asian Amateur & Senior Championships held from 5-12 December in Colombo, Sri Lanka but again that means giving both Johor and Penang a miss.