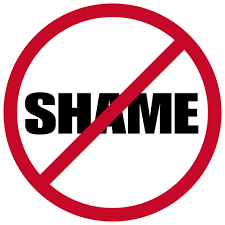 In my column for the Malay Mail Online "A country (federation) with no chessplayers?" I had already pointed out that the Malaysian Chess Federation (MCF), amongst other things, had no sponsors and a website that is has never been updated while also observing that it had a committee that served only to hold office for what ever personal reasons.

There has been a reaction on the ground to what was said but so far no tangible action resulting and while I don't expect anything to change, perhaps I should explain it in a different way.

What Malaysian chess is today can be argued to be a poorer reflection of what FIDE (World Chess Federation) is rapidly becoming, because on one hand we now have a rent seeking model in place and on the other hand the real stakeholders, parents and players, choose to tolerate a situation which all but ensures they will suffer.

1. Tan Sri Ramli Ngah Talib is the MCF President but has so little interest in the game that he has not even until today bothered to learn the moves, provided zero leadership, the only visible efforts on his part are to play the politics needed to keep himself in office! Not only has he not made any effort to get sponsorship but has survived three successive Deputy Presidents he invited to come on board and who put money in for him to spend. Yet Tan Sri has showed no interest in accepting funds for development such as offered by the Kasparov Chess Foundation and is even letting well supported projects for chess in schools agreed with the likes of MARA die a natural death.

2. His sidekick, the man who needs him to remain MCF president so as to keep his own position and so remain relevant, is Gregory Lau. With no funds from a MCF with Tan Sri at the helm, he has successfully (if clumsily) developed a system to keep himself in the money. One part involves controlling all selection and international representation so as to charge commitment fees to players and leverage administrative charges from parents, all which go direct to his pocket. Greg has also been caught on more than one occasion charging players for official places and who knows what his dealings are with organisers as the MCF representative? Till today he has not returned RM 1,000 to me from playing in the Khanty-Mansiysk Olympiad much less the RM 5,000 advance for the Istanbul Olympiad and I have also had my sponsor cheated into paying for a room given free as Head of Delegation at a World Youth Championship, (Don't even go to the issue of his keeping FIDE fees paid to MCF for licences). The other part is in having a monopoly on organising of National events where questions are constantly raised as to where the entry fees go to... and it goes on and on.

3. Despite the Kuala Lumpur Chess Association being a member in good standing we do not get any communications from the Malaysian Chess Federation, of course as said before, the MCF website since launch has never been updated and so I have no doubt this is not personal and that all suffer largely the same and that includes emails and phone calls to Greg constantly ignored although he is all sweetness and light when he needs something from you.

4. While FIDE has lowered the entry level into its rating system to 1000 (when I first played chess it was 2200!) and now also includes Rapid and Blitz chess and so ensures we have a universal international system that caters for all levels, being integrated from beginner to World Champion, MCF continues to promote and prioritise its national rating system, the cost which is not only transferred back to players but a system which lacks expert administration. This is to me very serious as firstly events complying to international standards so as to qualify to be rated helps raise the level of local organising and secondly a list that is published globally monthly ensures benchmarks together with needed currency and integrity especially given it is a basis for internationsl selection.

5. MCF has in a year lost one Deputy President and one Vice President, also its Secretary and its Treasurer - these were clearly the only honourable people there - and no one knows who is now acting for them in these positions if indeed it matters given Tan Sri and Greg seem to be able to do anything they like. Given who the rest of the MCF committee members are, one cannot expect they would bother to question the embarrassment brought to Malaysia by their actions in Tromso, after all they contribute nothing except to show up for the occasional committee meeting. But now some are suddenly buzzing around because again there is a chance to go for a trip under the national flag - so we have the usual machinations by and between officials and parents going on as to who goes and plays in the World U-16 Olympiad. Of course for them and too many others, the stage at even any local event together with requisite photo opportunity is always a very important part of their job.

6. Is it so difficult to have development plans - for grassroots, states, young talent, national team, etc. and to have fundraising, marketing and promotional activities? Is it because that is real work and those in MCF are not up to it? Are we also the only National Sport body without an office of our own and a single employee? Perhaps we should start with addressing this.

Quite a few people have told me there is no alternative, some in MCF even going so far as to excuse them keeping their position and doing nothing by claiming there is no one else?

What a joke! Such arrogance! I have long advocated that all must go, that means all of us, those in MCF and others outside of the same generation. So as to create space and opportunity for a younger generation to step forward, and they will, don't need or have the right to worry who they are!

Yes, mistakes will be made, they may or may not seek advice from some who could help and sometimes will even fall on their faces, and so what? It does not matter, vested interests should not prevail. After all given what the current MCF and those who openly aspire to be part of it have or can contribute, really any idiot will do, and I have a great deal of confidence that we have not idiots but very capable 20 and 30 years olds who will do much better.

They deserve a Malaysian chess that is theirs to shape and to own.