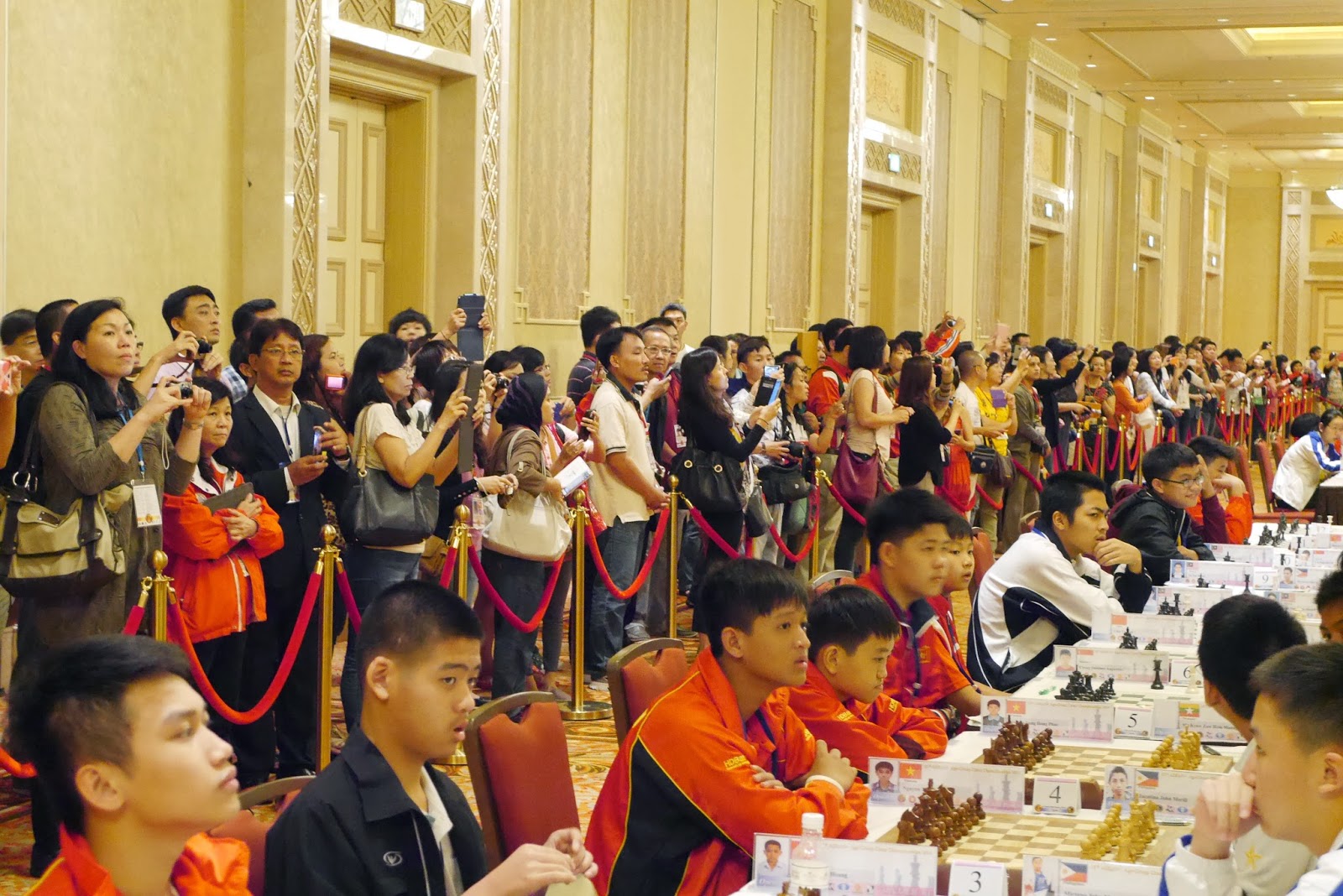 (The huge crowd at the start on the first round)


With the regions biggest and longest standing event being held for the first time outside the original 10 national ASEAN grouping, the presence of the 13th World Chess Champion and FIDE Presidential Candidate, his third to the country(!), was an enormous boost indeed to both the organisers.

As always a visit by Kasparov not only energises the local chess community (in this case also the 650 participants from 21 countries!) but he also generates huge local interest with public, corporations and government. 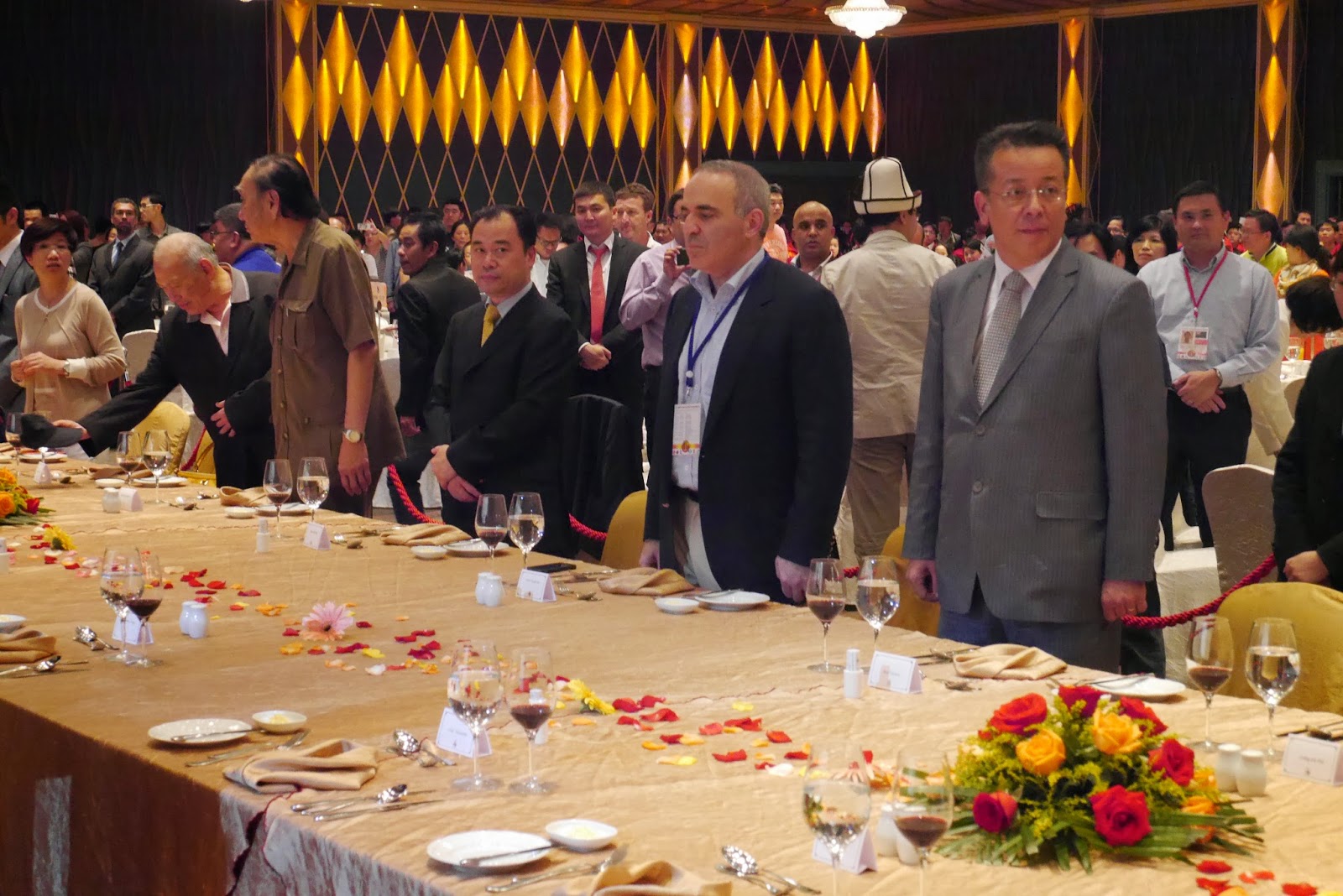 (Ceremonial VVIP seating at the Gala Dinner, far right is Jose Tavares, President of the Macau Sports Development Board)

So mindful of the huge impact of his previous visit where USD 400,000 was committed for a fully sponsored three year Macao chess in schools program, the Macau Chess Association together with IDM (Macau Sport Development Board) hosted a Gala Dinner at the world famous Macau Fisherman's Wharf in conjunction with the traditional event highlight - Social Night - on 9 June 2014. 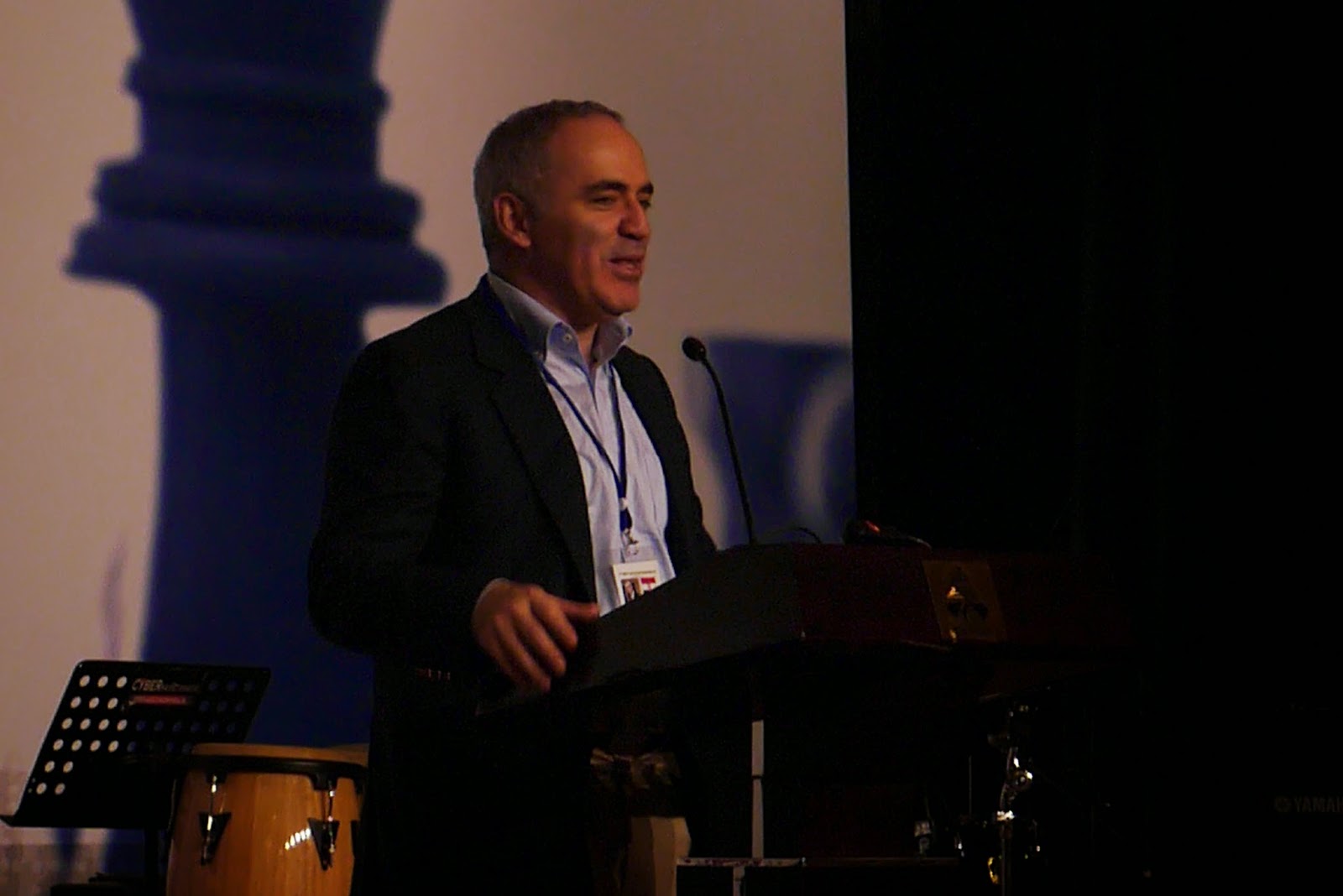 (Garry was of course the keynote speaker) 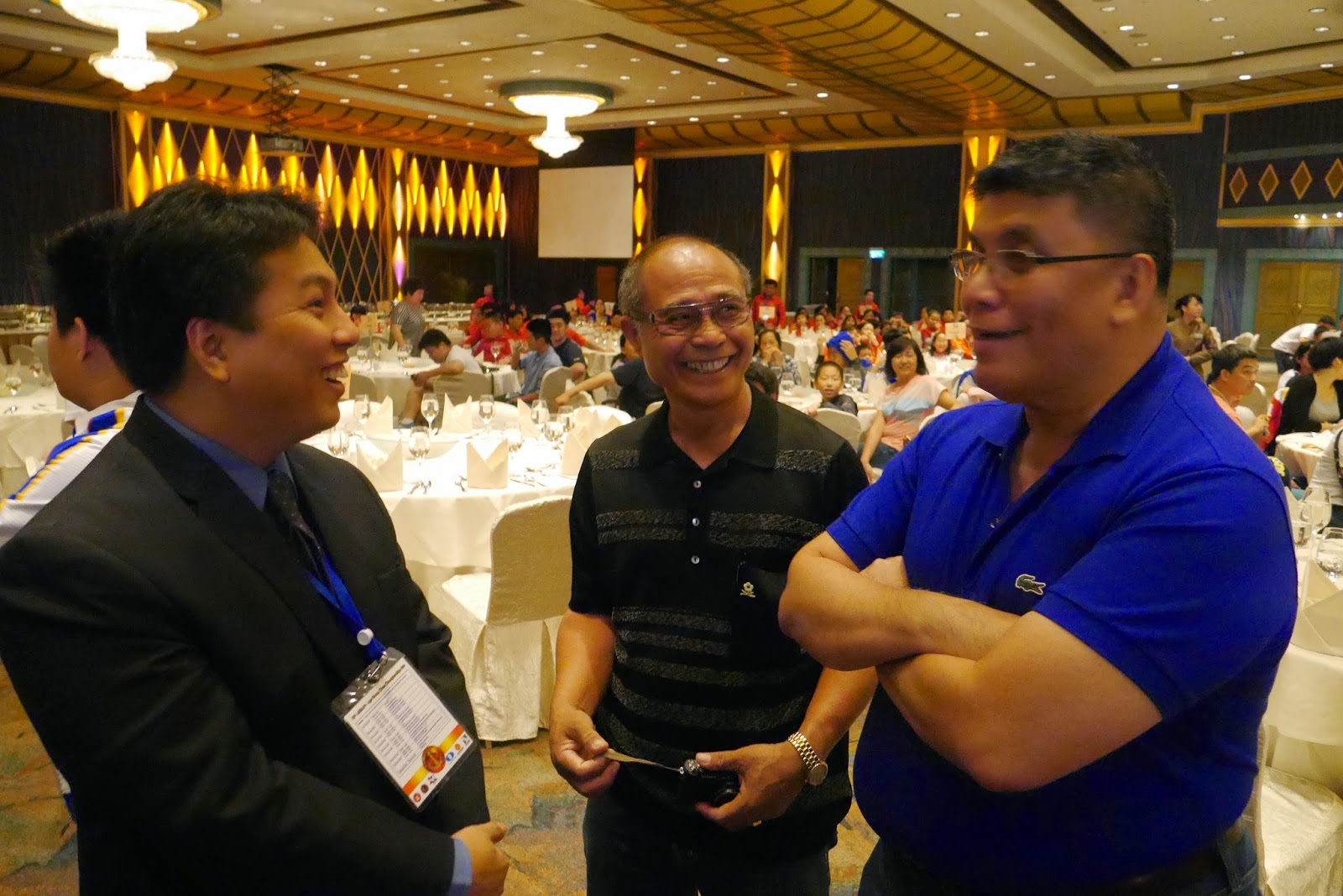 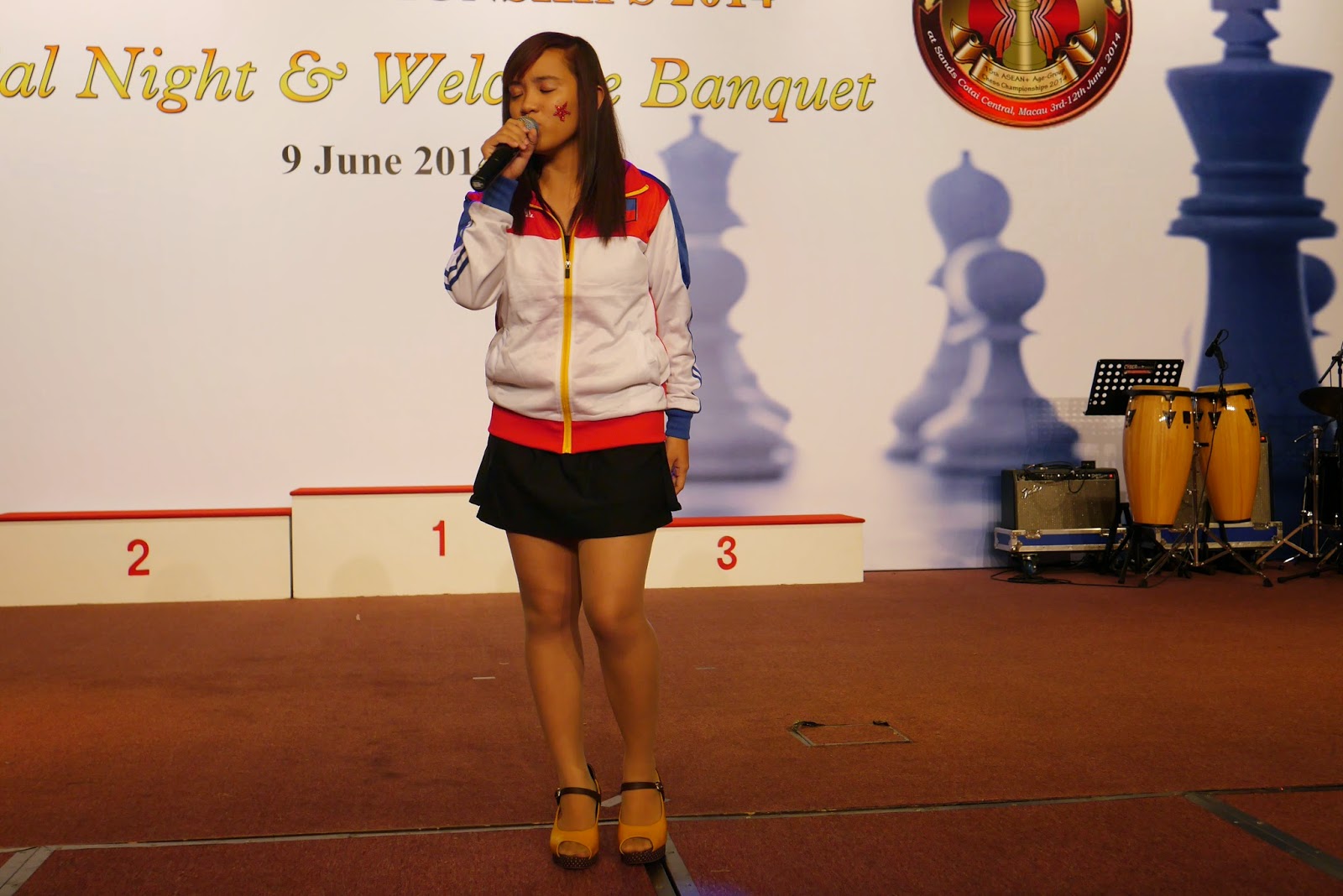 (A great night with a Filipina also winning the talent contest at Social Night!) 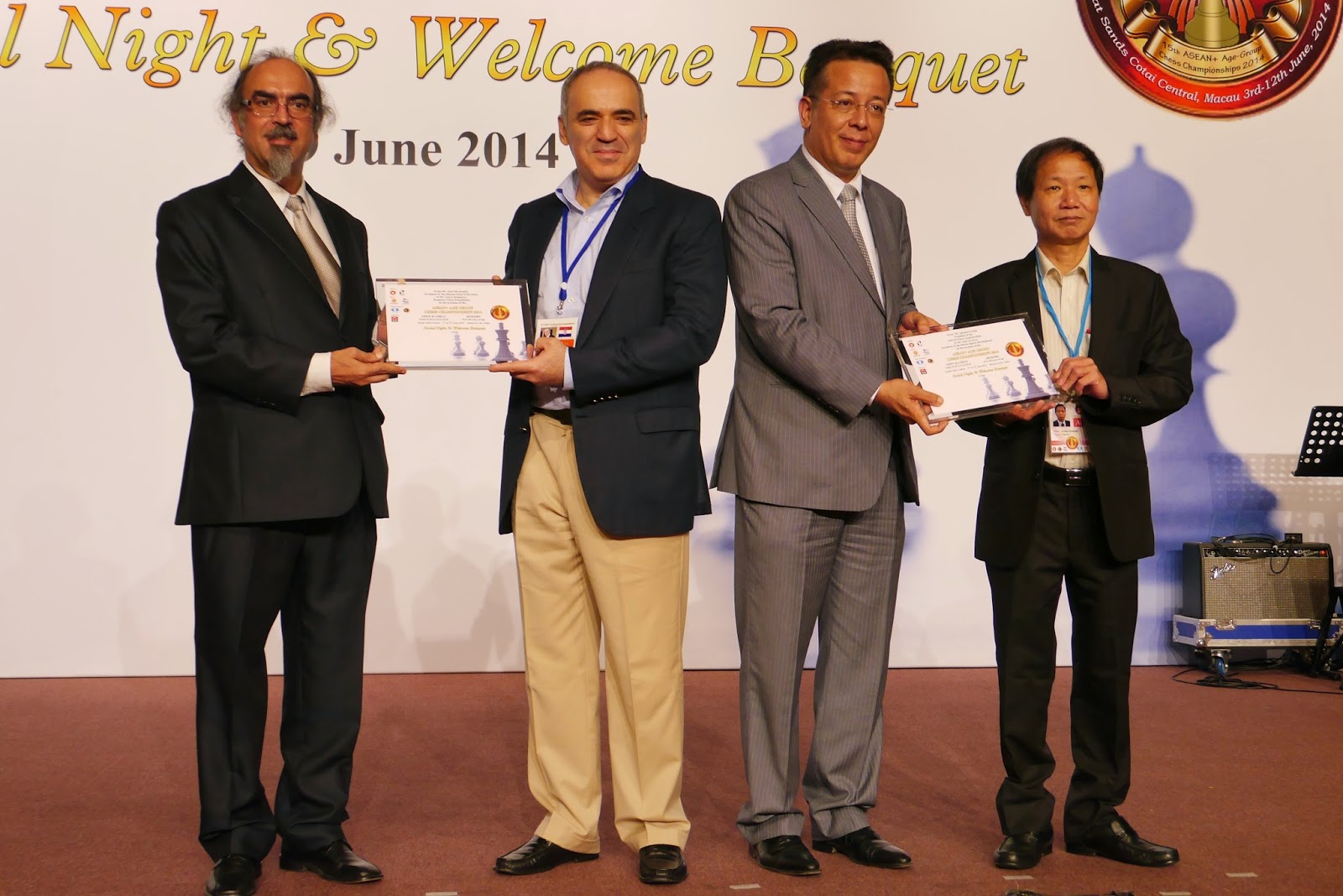 The evening ended with an exchange of gifts between Jose Silveirinha, President of Macau Chess Association, Kasparov, Tavares and Ignatius Leong, President of the ASEAN Chess Confederation.

Next up was the Chess in Education Workshop open to all where Garry was an enthusiastic facilitator for the presenter Graham Jurgensen who introduced the Mini Chess program that showed the use of chess as an education tool for very young children could changing their lives and their communities in Africa. 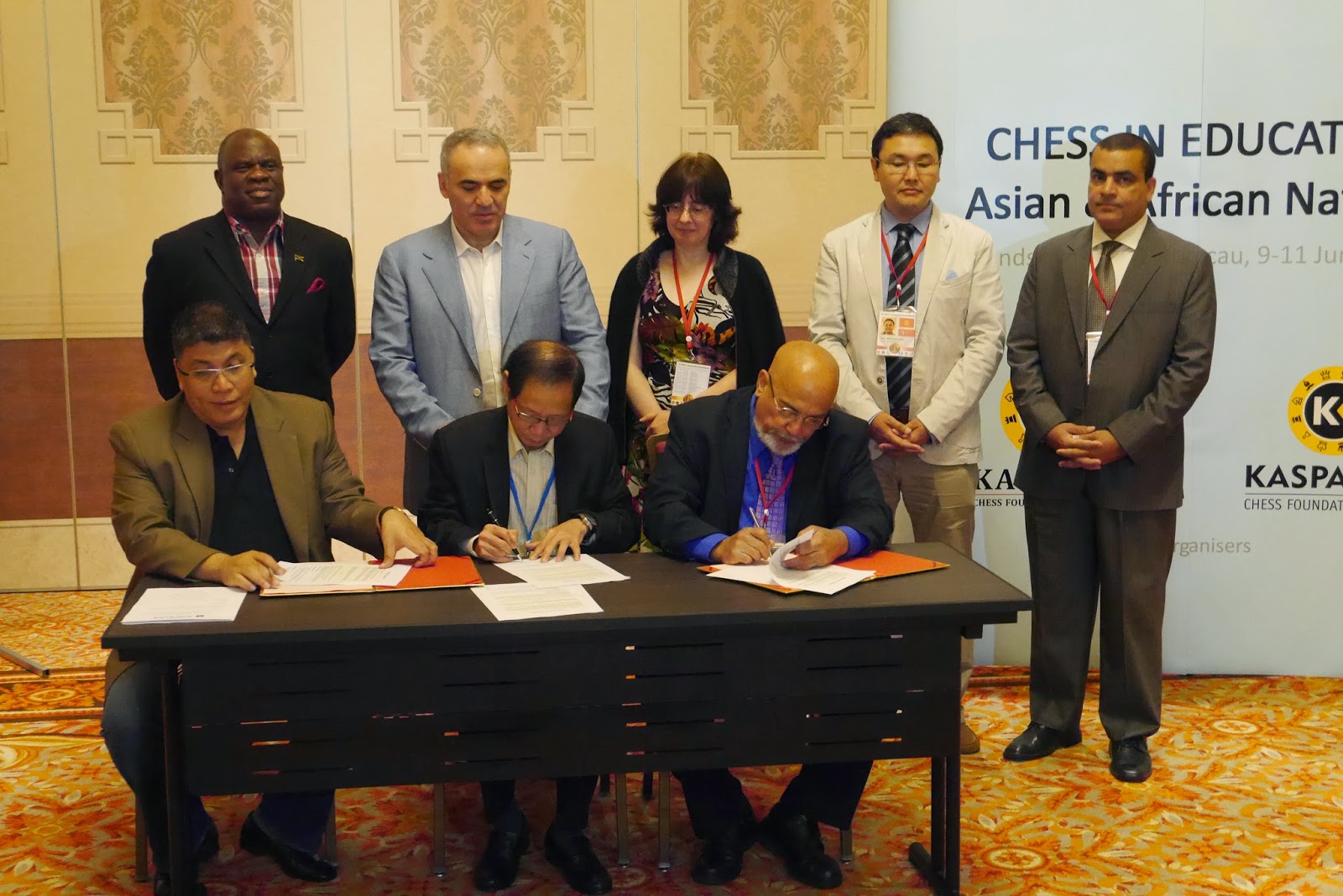 
This potential of Mini Chess was very exciting to the many participants but Guam was fastest in seeking the help of the Kasparov Chess Foundation Asia-Pacific to help introduce and roll-out this and other chess programs.

Finally, Garry officiated at the closing ceremony where the Rapid Chess and Blitz Chess winners were announced and together with the earlier Standard Chess results, the overall winners were declared. 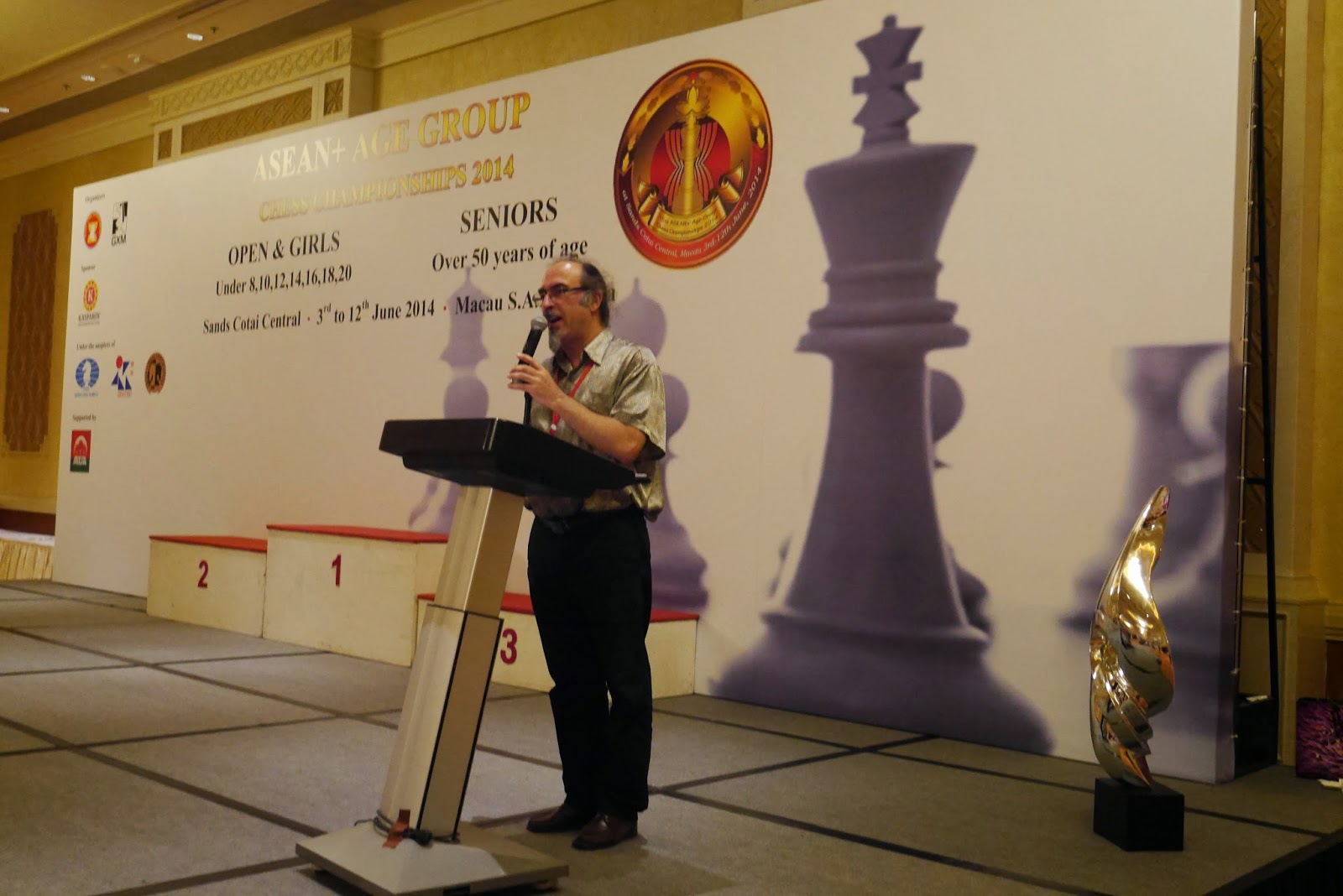 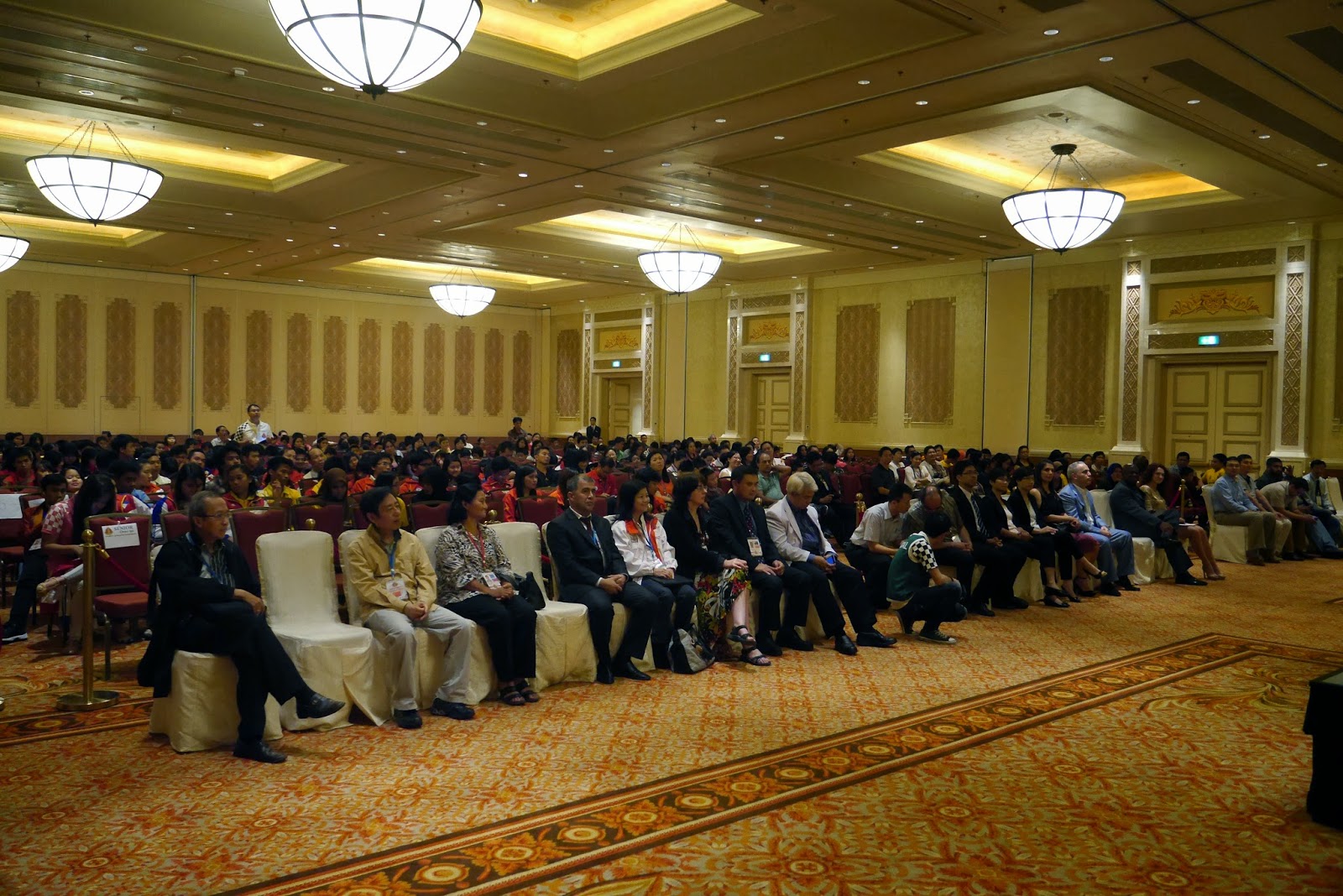 (A Huge Crowd in Attendance) 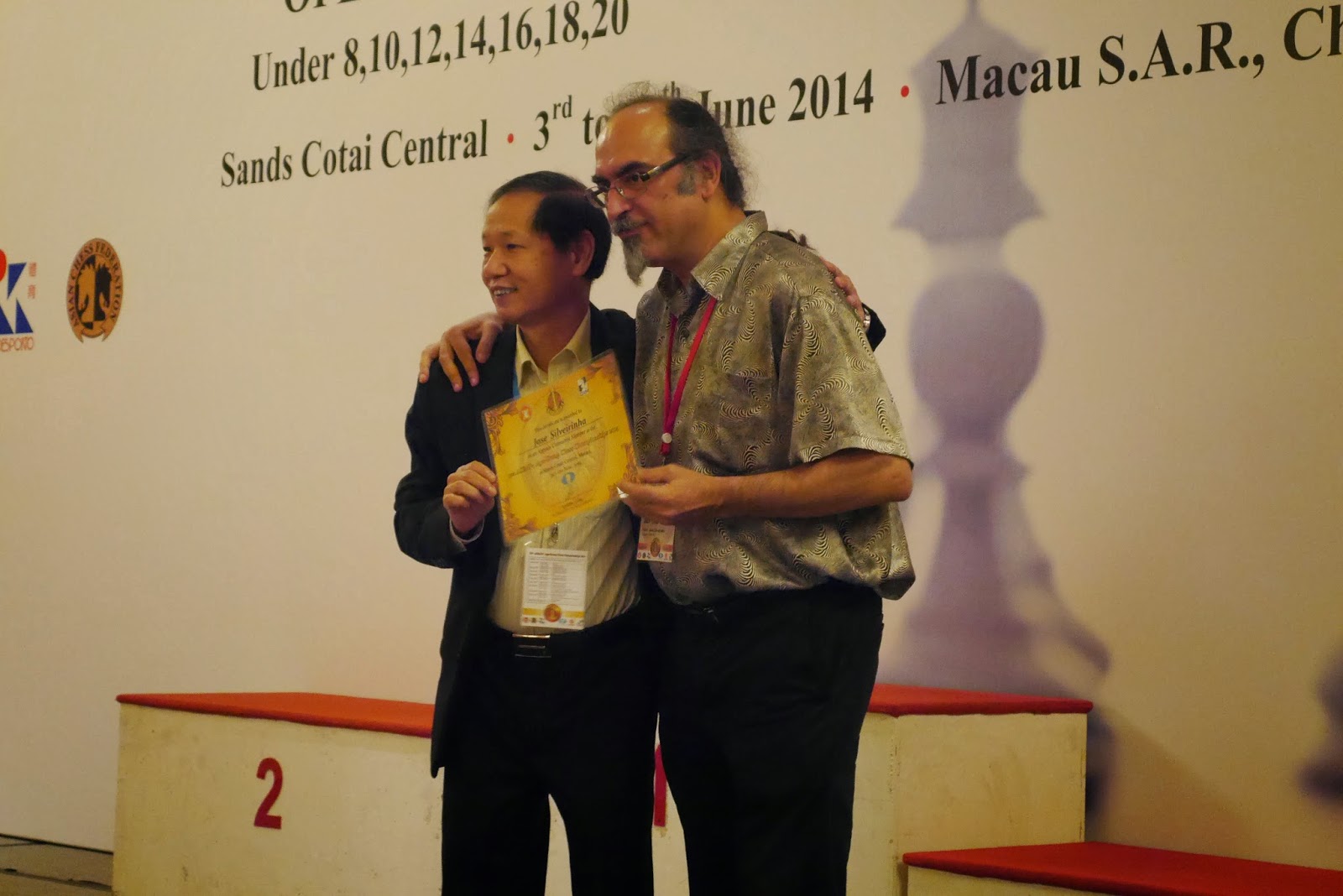 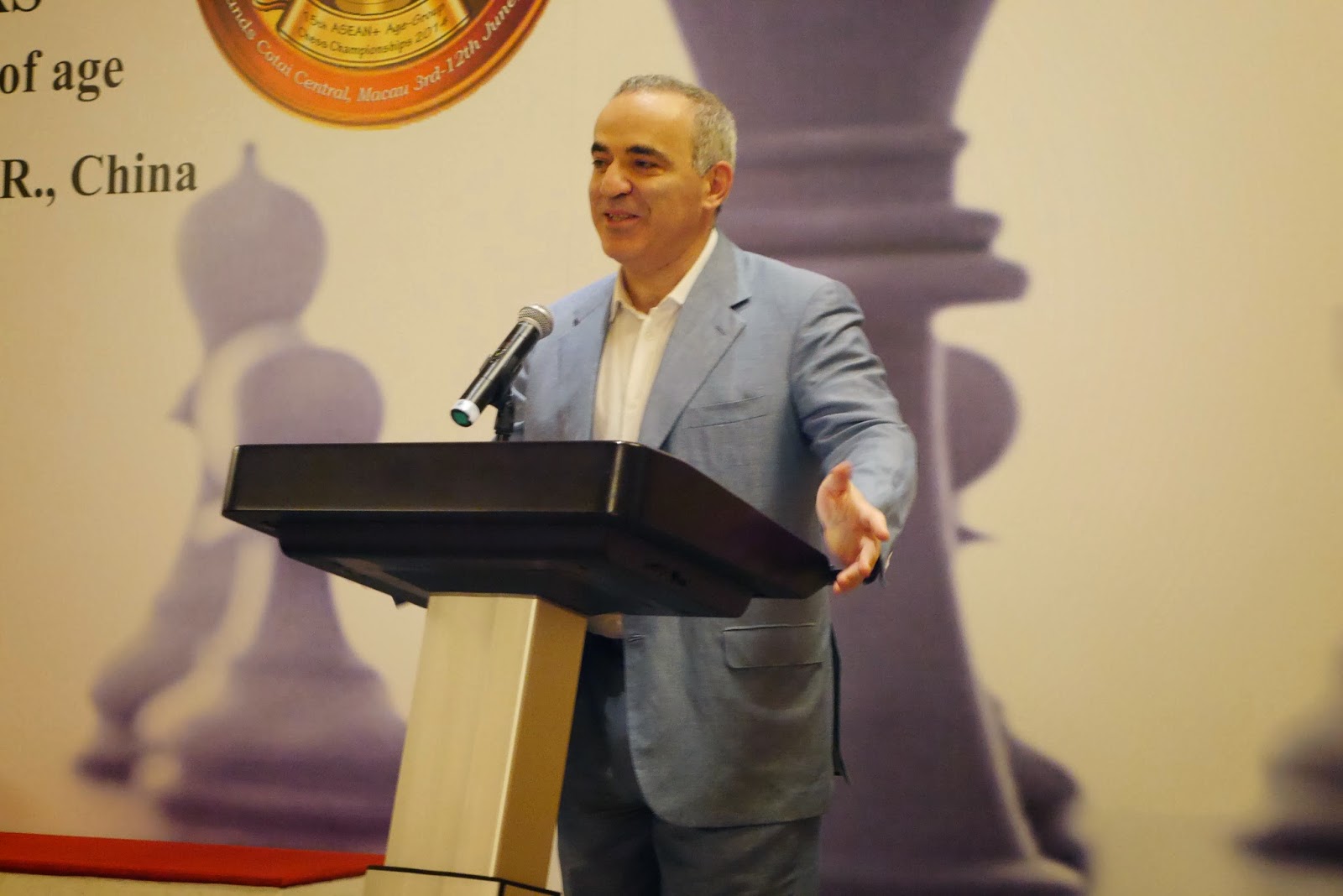 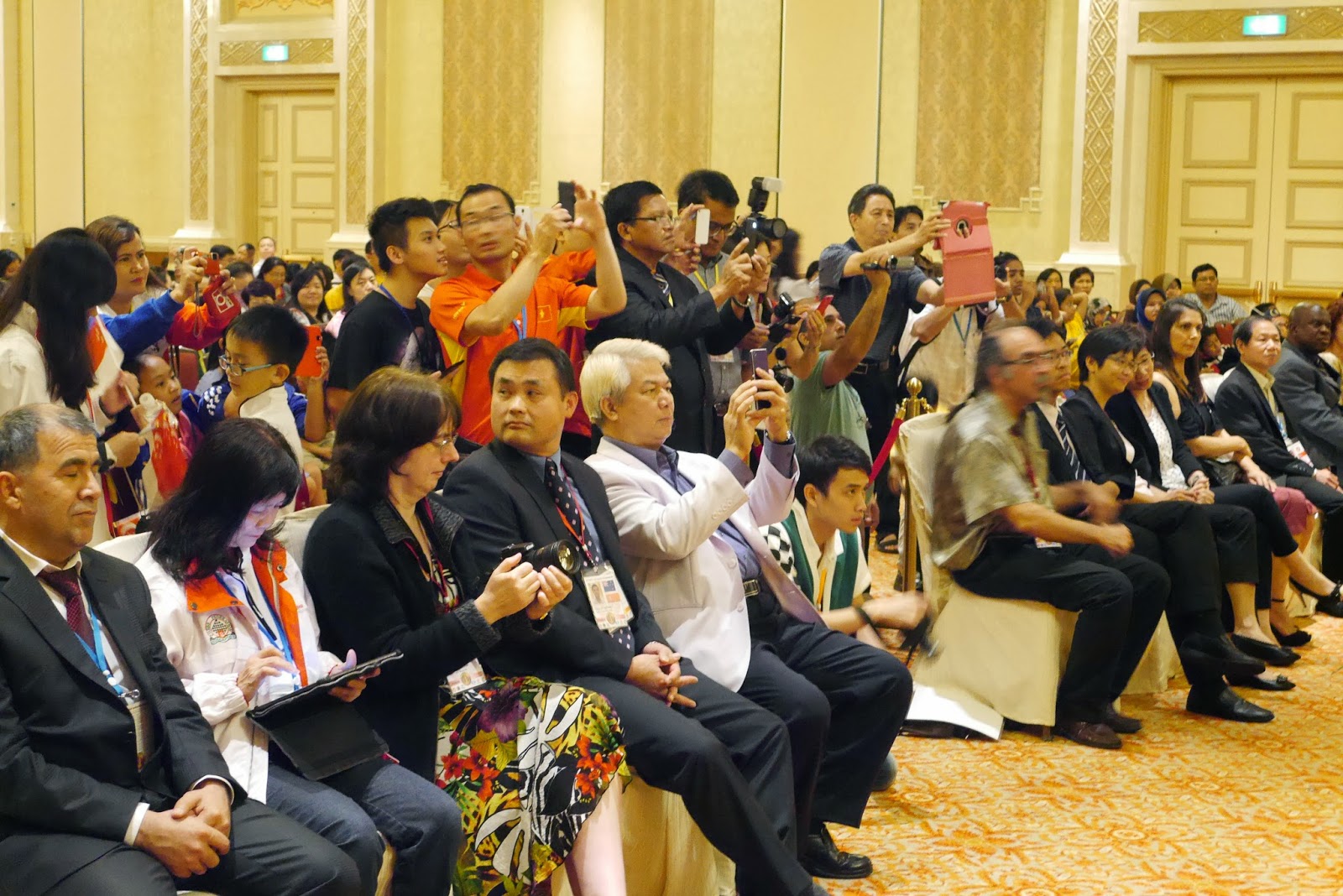 (Nothing but cameras when Garry is around!) 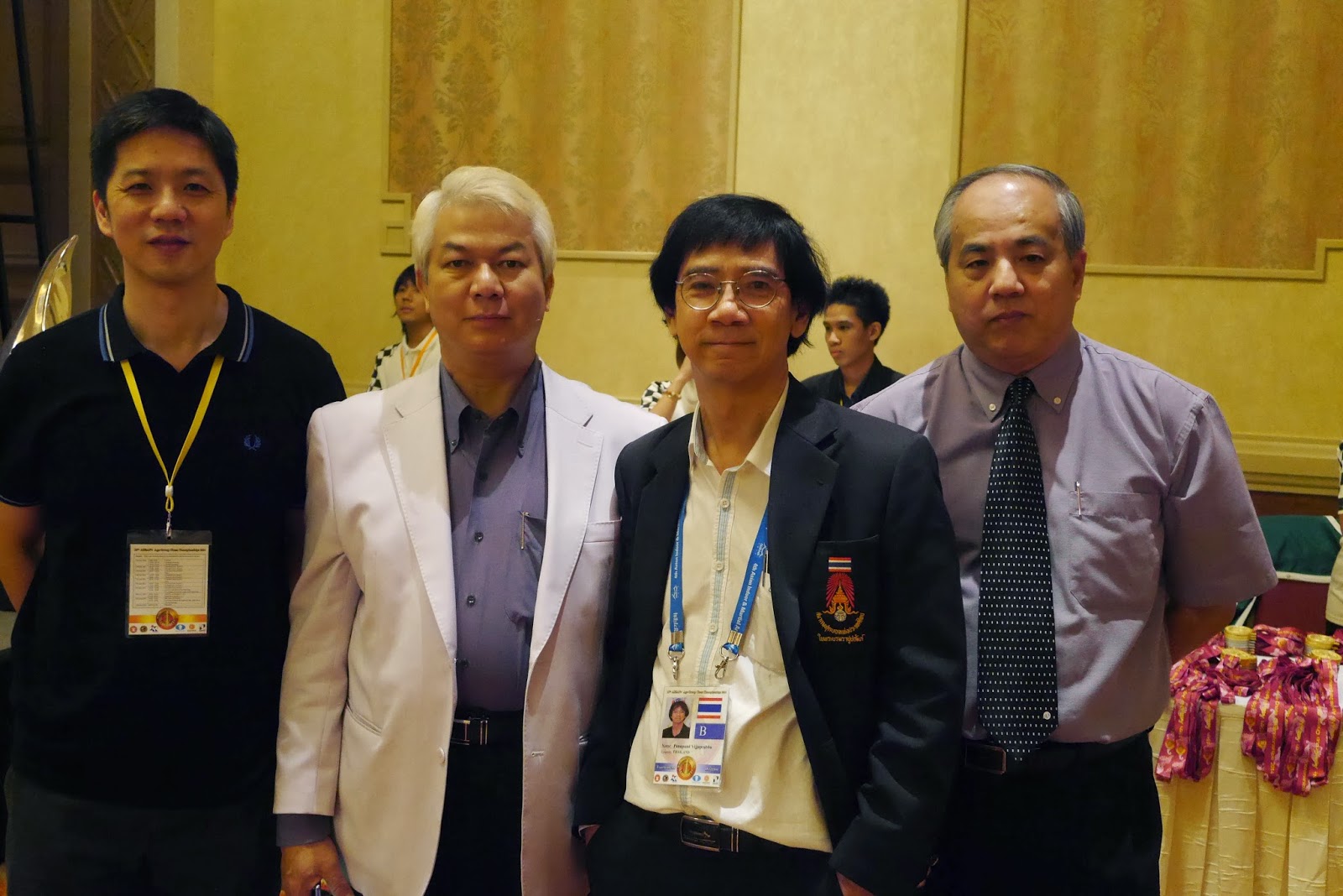 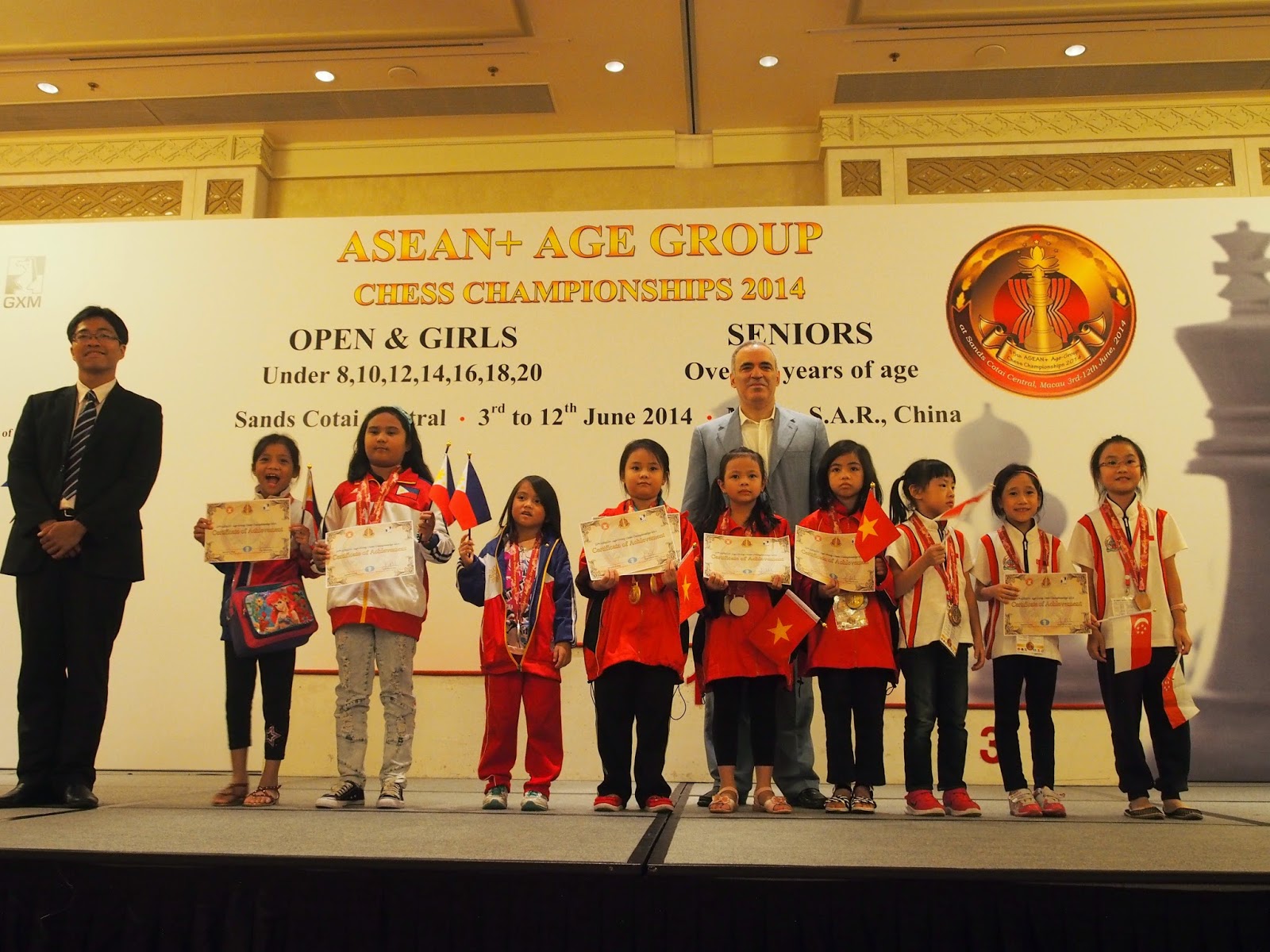 (Some of youngest of the many happy winners) 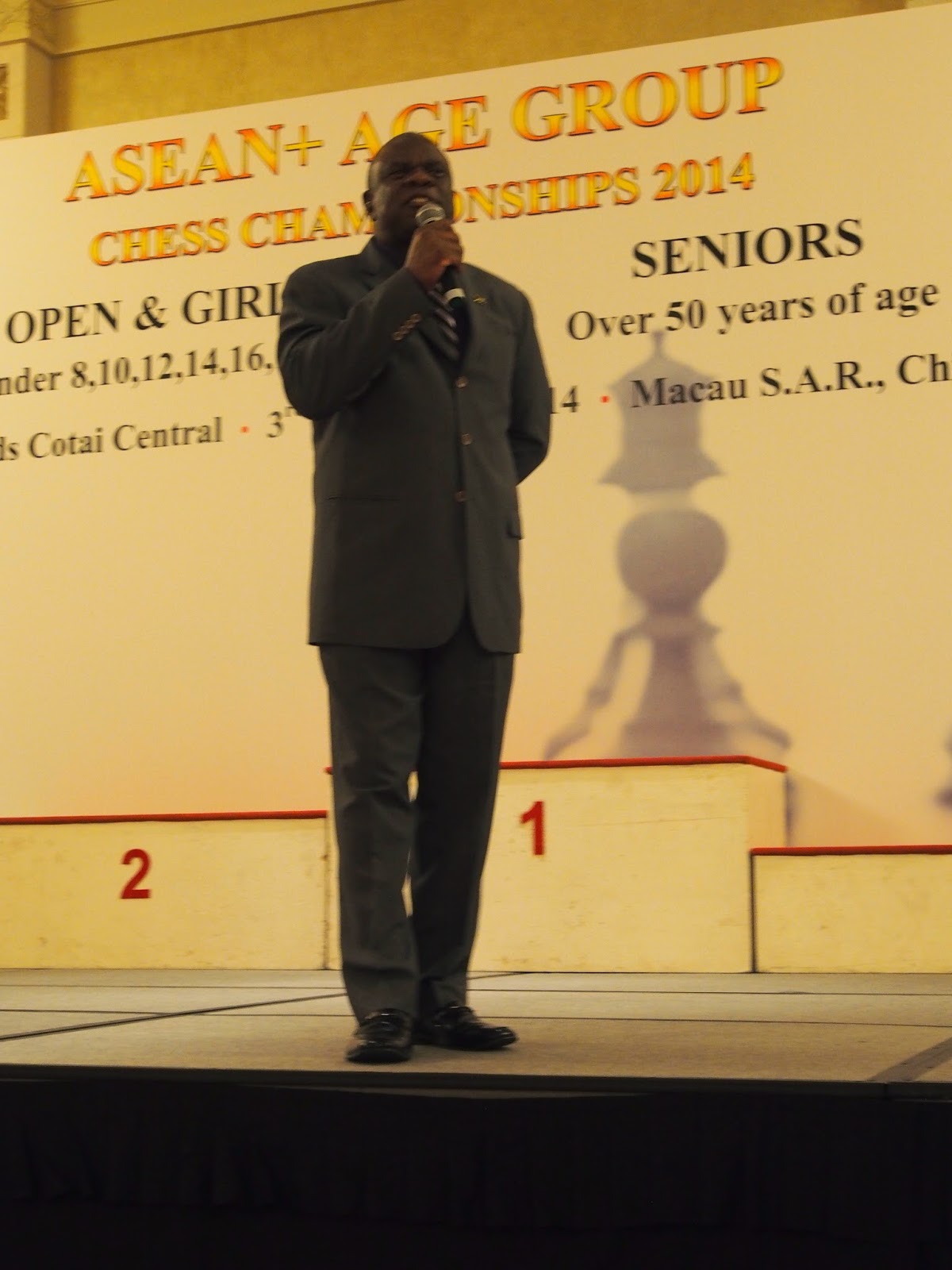 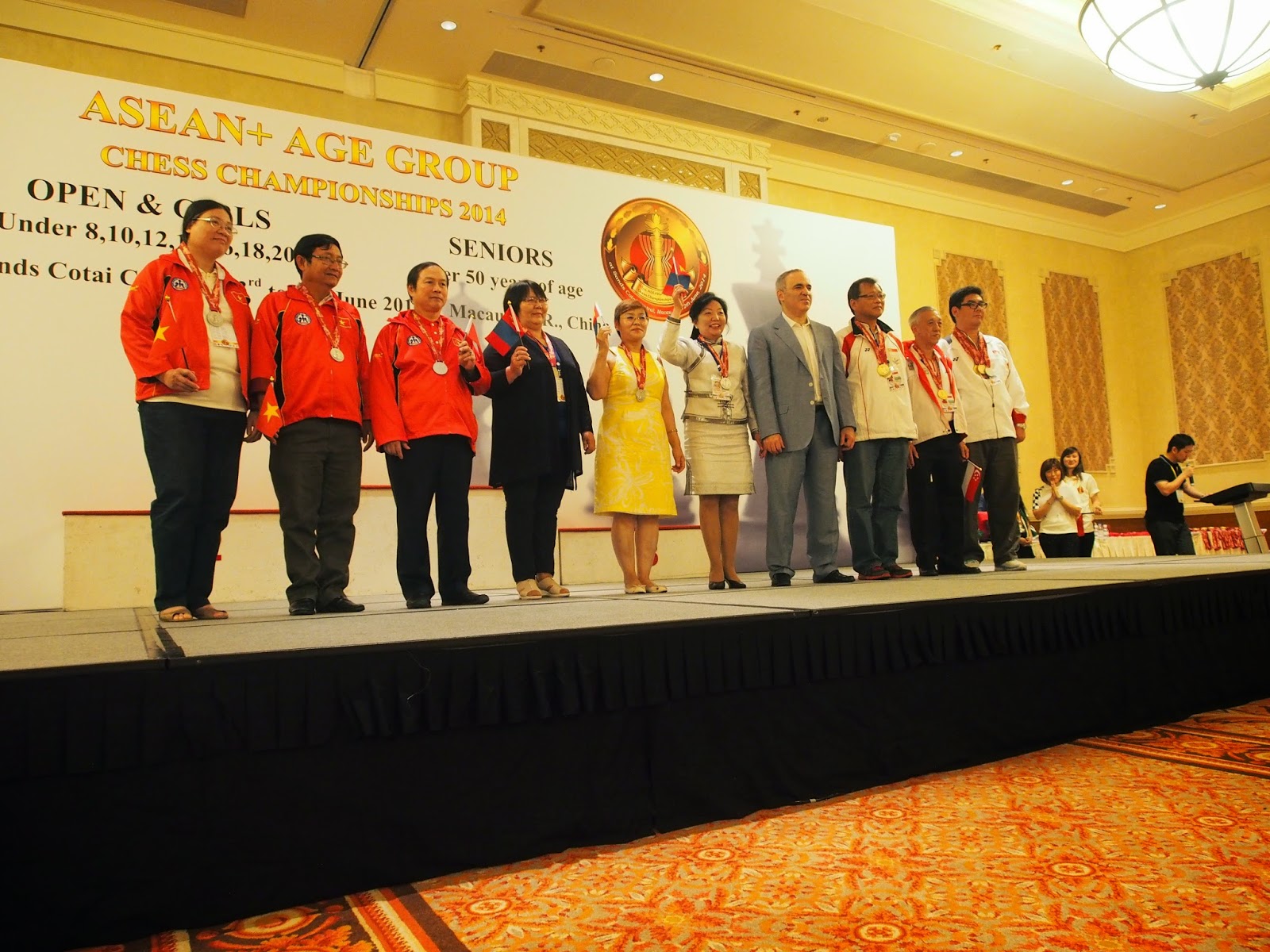 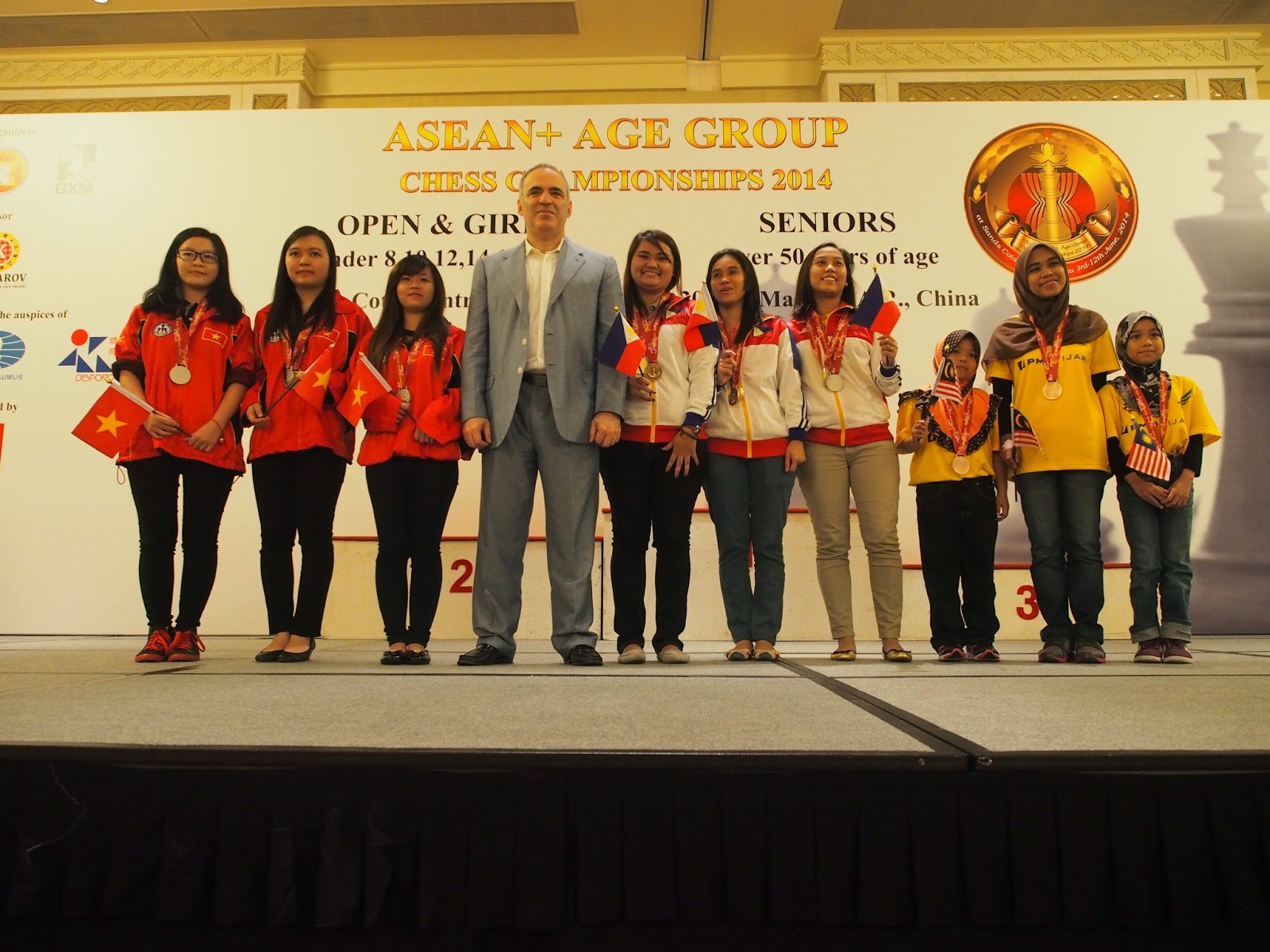 (Team winners amongst the girls) 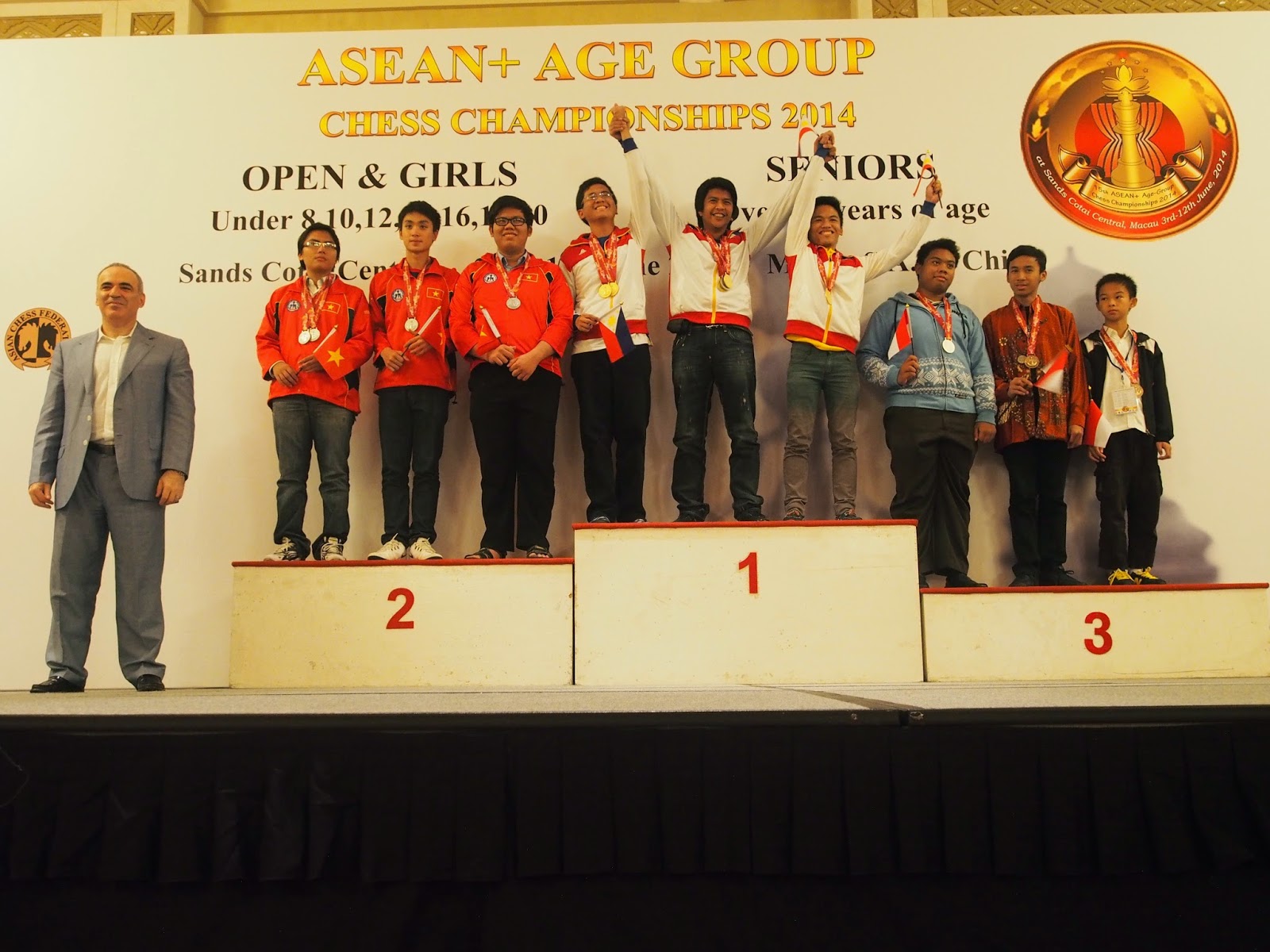 (Team winners amongst the boys) 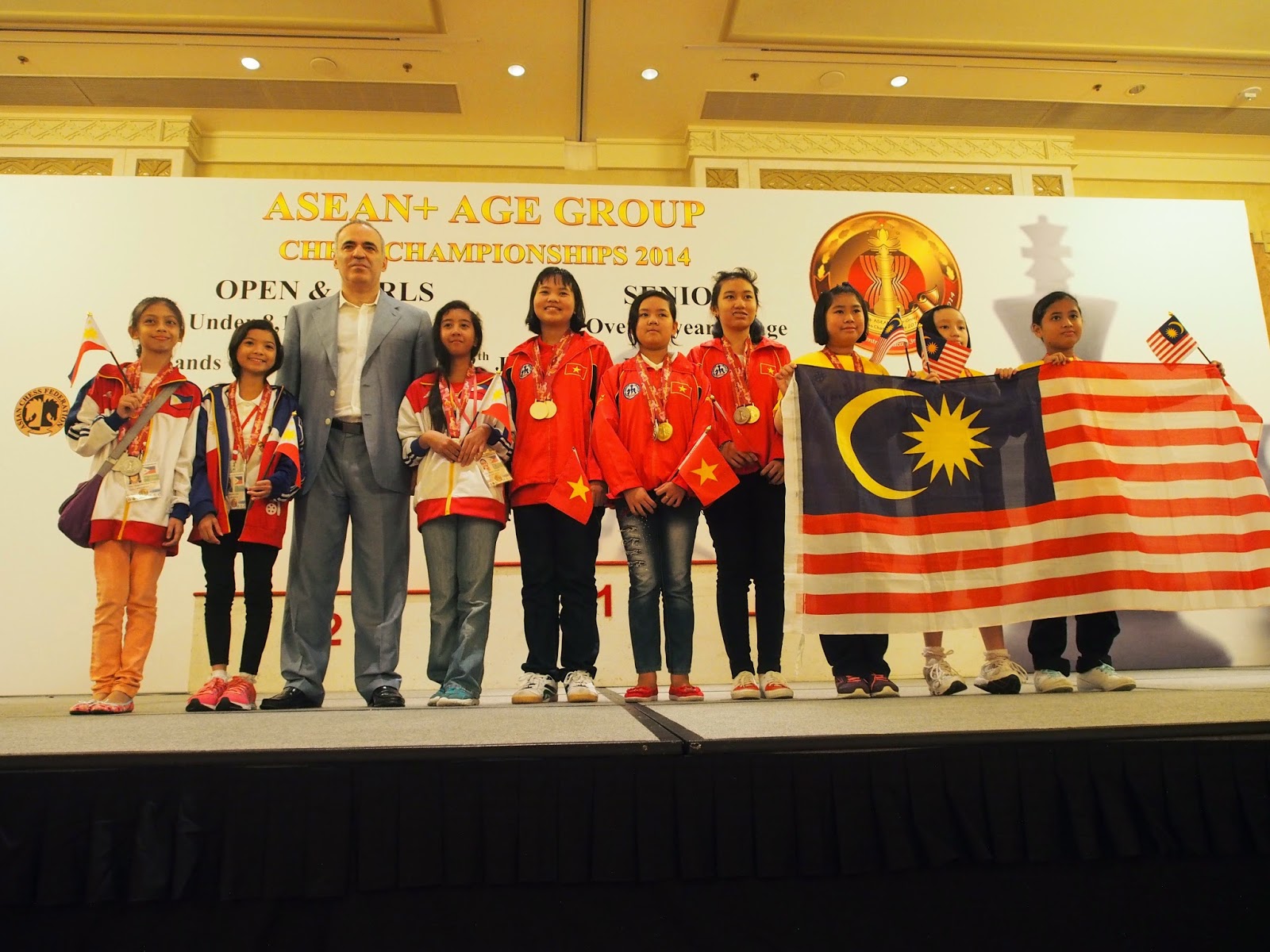 (These young girls must be the future) 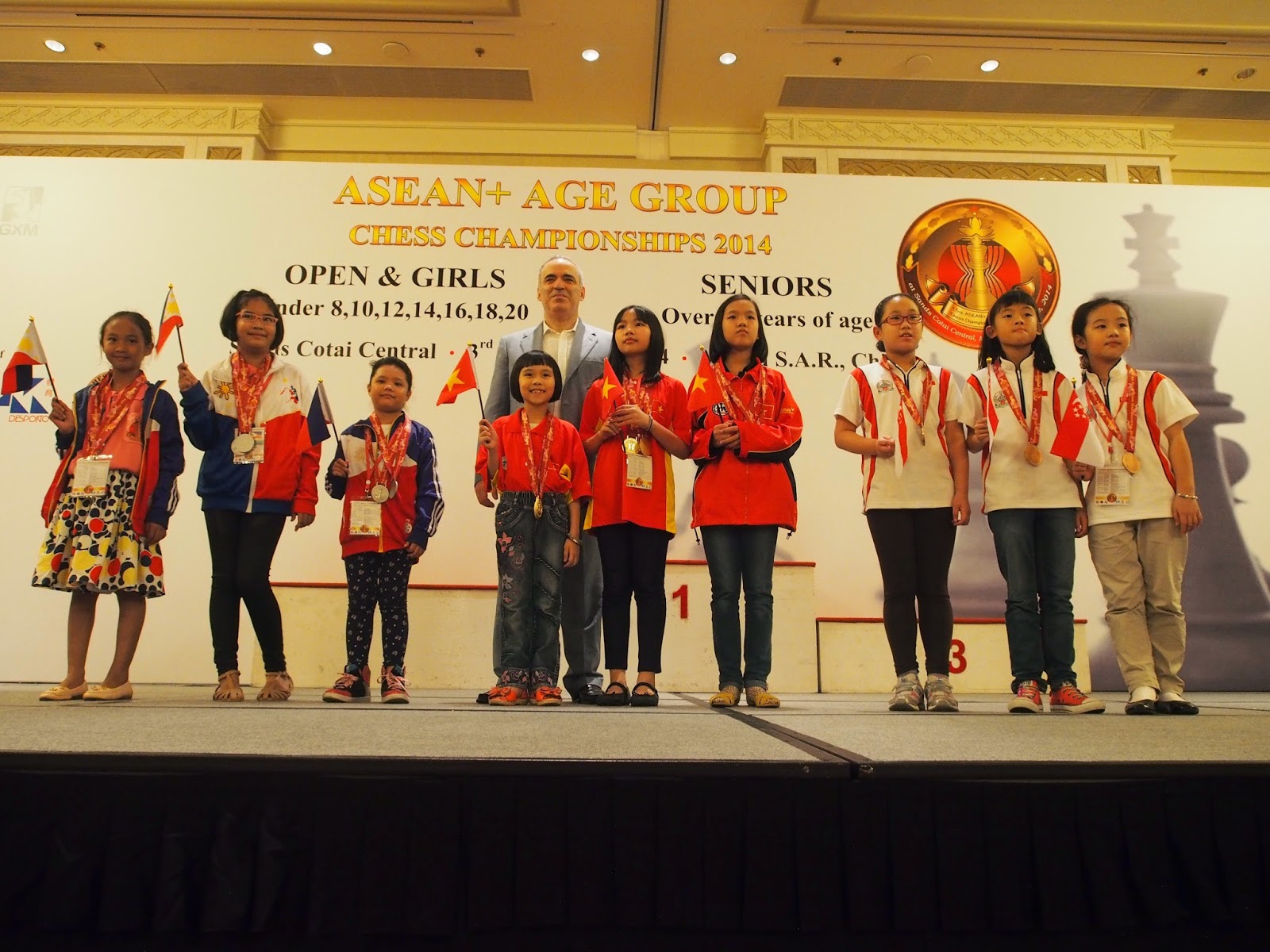 (As would be these even younger girls) 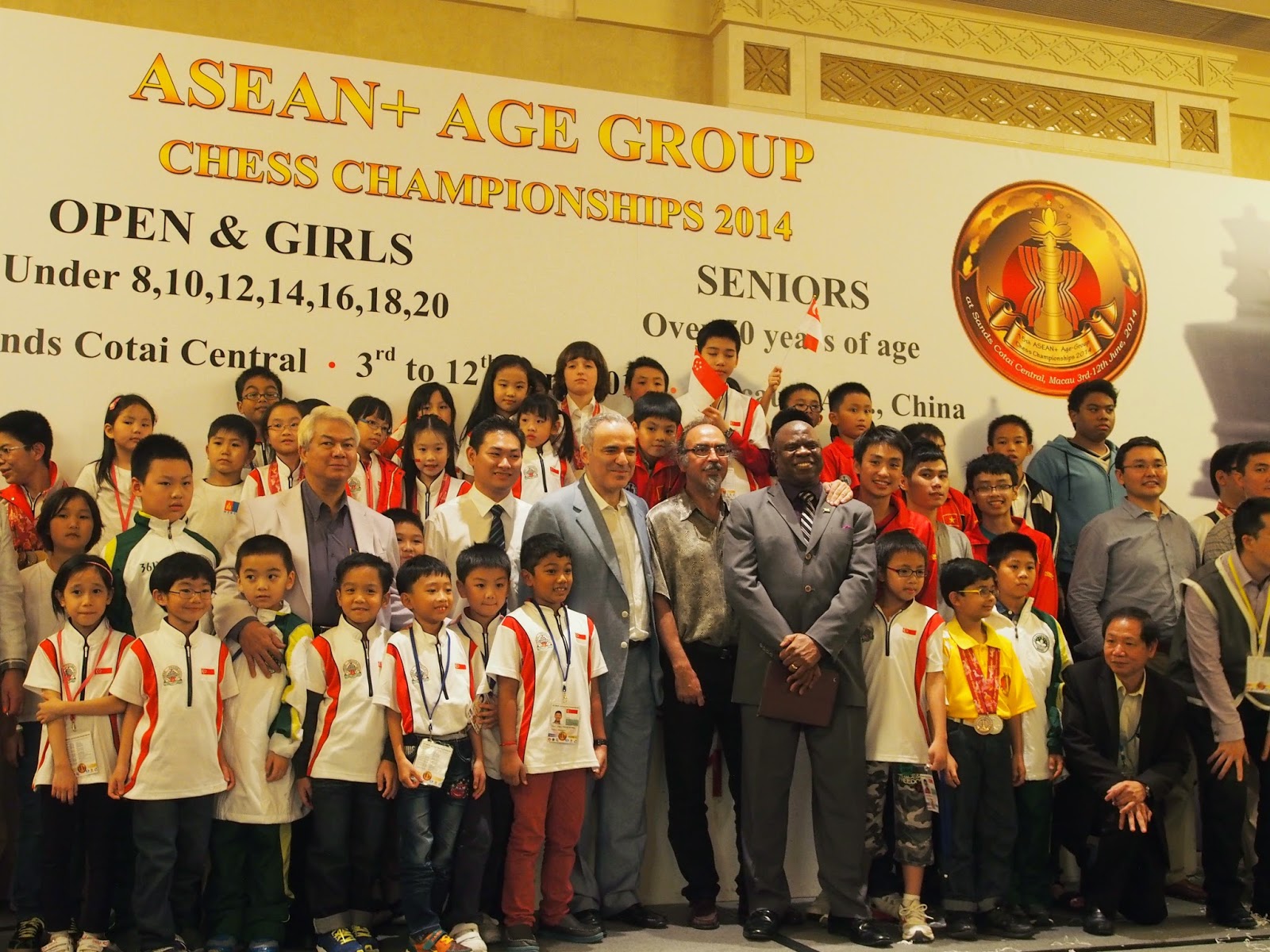 (To end a wonderful event, what less than the youngest participants in a final group photo with all the dignitaries present!)