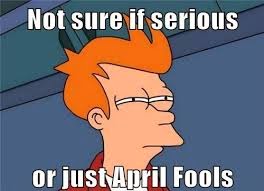 April 2014 is going to be a very busy month indeed!

First up of course is the KL Open from 4-11 April and that is followed by both the National Age Groups Championships from 12-16 April and the Bangkok Open from 12-19 April.

Unfortunately and despite the Bangkok Open being a long standing and well respected event now for fourteen years and organised at the same time every year, the powers that be in Asian chess sitting in Al Ain (including its Deputy President Toti Abundo who hails from the Philippines), have with hardly any notice and quite suddenly, decided to hold the Asian Continental in Sharjah from 16-26 April and so ensured that several top players had to withdraw.

Sometimes one would imagine that in chess that there are two completely difference places called Asia.

In contrast, another long standing event, JAPFA Chess Festival in Jakarta from 20-25 April, is clearly a case where federations and organisers talk to each other (and work together) to ensure everyone is equally successful, and so all chessplayers benefit.

There is also the World Amateur in Singapore from 25 April-4 May, again cooperation, even if not strictly speaking the same audience, but still no clash given it is around an hour and a half flight from Jakarta.

Unfortunately top Malaysian players are missing out almost all these, the Malaysian Masters being held from 22-27 April, but there is the consolation of the Selangor Open 30 April to 4 May should a players rating be too high for Singapore and we do today have a at least two young players who have for some time now are professional chessplayers.

For Malaysia it is particularly busy, maybe even too much, coming off first the National Closed 12-16 March followed by MSSM Finals 24-28 March and then this very busy April, and yes, there is no April's Fool joke with the tournaments and dates given!