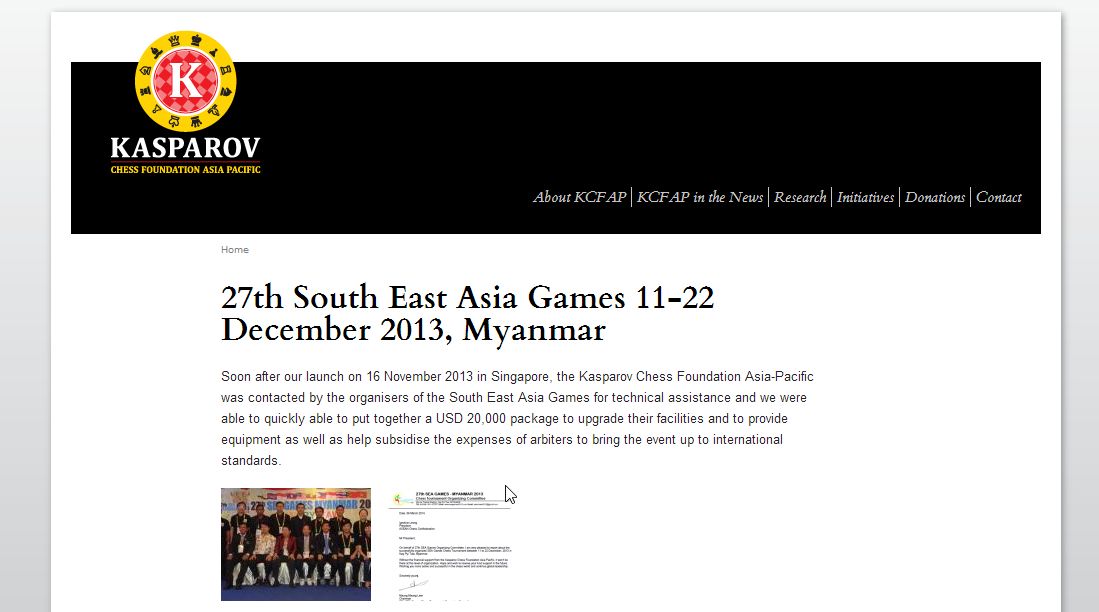 The Kasparov Chess Foundation Asia-Pacific (KCFAP) was launched by Garry Kasparov in Singapore on 16 November 2013 and as can be seen on its website, KCFAP has been busy, and can be seen from the article above, has already provided technical assistance to the organisers of the 27th SEA Games that was held less than a month later!

During the launch on the occasion of the Singapore Chess Federation (SCF) Awards Dinner, the SCF had received SGD 30,000 (see: http://en.chessbase.com/post/kasparov-visits-singapore-and-thailand), a sum that was apparently given to start a Talent Development program.

Kasparov is going to be making another sweep through the region soon and from what I have heard from my friends in several of the countries he visited earlier, in a very short time he has made major contributions of time, energy (and even provided seed money) to actualise ideas at that are doable, make sense and clear addresses specific local needs, and so big things are happening, beginning with USD 400,000 given by the Macau government for chess in schools!