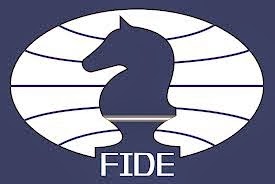 
I am looking forward for a 2014 more like what I have enjoyed in previous years barring a 2013 that instead became one of constant and often unpaid national service.

In March/April, against my better judgement I also accepted appointment to Head the MCF Technical Committee and by June/July I was more than happy to give up that position together with that of FIDE Delegate.

Of course one key initiative was the organising, sponsorship and running of a revamped Malaysian Masters, a round robin FIDE rating and title tournament where our women were not forgotten. Then it was hoped that the design of the championship would introduce a new chapter for Malaysian chess - transparency in national team selection, proper training and support for our national players and targets set for and by professional team management for major events.

Along the way I turned down the chance to be at the Asian Indoor Games in Incheon and also the Myanmar SEA Games.

However I did agree to support KPT chess and join the team for the Summer Universaide in Kazan.

Besides the Malaysian Masters, I also served as Chief Arbiter for two MCF national events in two places I never expected to go to Kota Kinabalu, Sabah for the above mentioned Inter State Teams and more recently at the start of December in Johor Bahru for the National Junior Championships, both places where the wonderful hospitality often puts city folk to shame.

So for 2014, so far I have agreed to again be at the Bangkok Open in April (no-brainer when held in Bangkok!) and should things work out in Brunei for an international event to be held just before I might have the opportunity to visit one of my favourite places again.

It has been a long time since I have attended an ASEAN+ Age Group Championships and with the next edition in Macau, I will certain try to make the school break work and also make it to Hong Kong and Disneyland!

And of course I hope that Indonesia will have use for my services and continue to invite me to their fantastic Indonesian International Open Championship!

2014 is also an Olympiad year, albeit with a FIDE election, and the timing could not be better for Norway with Magnus Carlsen becoming World Champion. Equally intriguing is finding the time and money to be at the World Youth Championship to be held in South Africa. (And if KPT asks I would not easily decline joining a team at the World University Championships in Poland!).