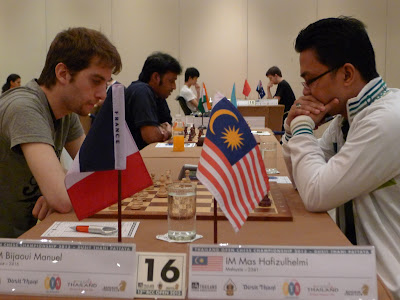 With two rounds to go, Mas Hafizulhelmi continues to be the best Malaysian performer with 5/7 with Yeoh Li Tian following closely with 4.5/7. Not surprisingly, Ahmad Fadzil Nayan is doing well having played consistently and has now been joined by Fong Yit Ho on 4/7.

Three of our younger prospects, Wong Jianwen,  Muhd Syazwan Zulkifli and Fong Yit San are on 3.5/7, having been going up and down throughout the event but all will certainly benefit from having played the games they lost or should have drawn or won against quality opposition. 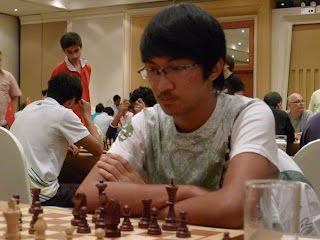 Ryan Chan finally got the second win he deserved after being unlucky for several rounds while his good friend Tan Jun Ying should also have had a much better result but both, at just 10 years of age, are very young and the future is certainly theirs.