The Malaysian Masters - The Players Who Have Accepted Invitations! 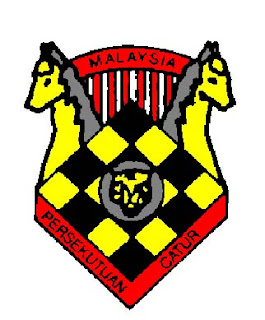 For the men, Ng Tze Han was the very first enthusiastic entry followed soon after by one of our most highly regarded but unlucky players and he is of course Dr Ronnie Lim Chiun Hoong. Then came an SMS from Mas Hafizulhelmi with his agreement. A long telephone conversation with Dr Ajeet Singh came next who was keen for his son Roshan Singh to play and once it was clarified that the Malaysian Masters was now the National Championship Finals and he did not have to defend his title there, we had our fourth player.

Along the way Jimmy Liew had of course written in with suggestions but was told it was much too late to change the format which anyway was designed to give everyone an equal opportunity to be part of the National Team set-up and generally all were happy even if arguably no one had found it perfect from their individual perspective!

Finally, Lim Yee Weng also kindly informed me, but after the deadline, that Jimmy Liew would be writing on behalf of the others to clarify both participation and the roles and responsibilities of national players before deciding to take part.

Of course I have arranged their request to meet assigned MCF officials this weekend to share their views (as we would for anyone with some standing and desire to contribute) but the fact is this came after the deadline for entries and has nothing to do with playing in the Malaysian Masters and being eligible to join the national team but I suppose MCF can give them a week's extension to reconsider?

The MCF Council will ultimately decide of course but we do have players who have written in to for an opportunity and the National Closed Championship can also increase the number of qualifiers.

We have a fantastic response from the women, K.H. Tan the first with Tan Li Ting and then Azman Hisham confirming his daughters Nur Nabila and Nur Najiha. It was great that another former National champion Fong Mi Yen too has decided to continue with chess and a  nice surprise was when Gregory Lau called to confirm that Alia Aznin Awa Bakri would also be making a comeback!

Unfortunately Dr. Nur Shazwani Zulkafli sent me an SMS that she only had 7 days of leave a year and was even cutting some classes/work to help the Malaysian team to the University Olympiad and just could not make it but that loss was made up somewhat when Camila Johari who had her heart set on winning the National Closed realised the Malaysian Masters was the new National Championship and agreed to join her many friends!

I am personally excited - for me, regarding our men, whether or not some of senior players decide that their careers come first and opt out or to continue, I think we have succeeded in leveling the playing field for the younger generation of players and perhaps the even young generation that will follow.

We have to give all our players hope and opportunity to represent Malaysia at the highest levels if chess is to progress.

For someone who has been associated with working with women players for many years, I am also excited that we will have a more representative field than in most years and I cannot wait to see which other four young girls join them. Whatever the outcome, the fact we have ten girls playing in the Masters which represents the best of what is available today in Malaysia is already a huge success!