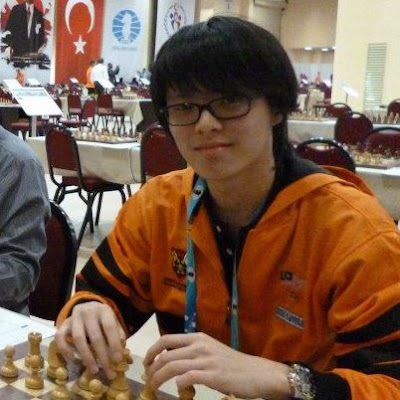 For the record, Tze Han and Ronnie emailed their thanks for the opportunity and gave their full support for the event while both Mas Hafizulhelmi and Lim Yee Weng eagerly welcomed the competition and in fact asked if there was a way that other strong players like IM Wong Zi Xing and Nicholas Chan could add to the mix!

Lim Zhou Ren was a special case as he wrote to MCF asking for consideration because of his university exams in London during the National Closed Championship and showed he had been and would continue to be active and in fact is that his good performances are even the subject of the most current blog post by IM Goh Wei Ming (see www.kgwm@blogspot.com) who is known for his monitoring of our best Malaysian talent.

Pending is Dr. Nur Shazwani Zulkafli who is now doing her housemanship and only has seven days leave and had before already committed to make herself available for the University Olympiad but there are some questions as to her eligibility and if that is not resolved next week we may yet have arguably our strongest ever women line up representing Malaysia in many years!