Round 8 is Going On So Soon it will be Just One More Game to Go! 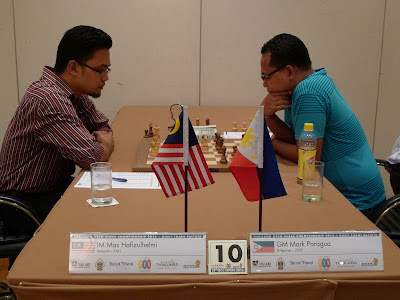 Mas Hafizulhelmi has made it to the top ten - hence his game is being broadcast live! Mas is now on 5/7 and a win would most certainly keep him seated there.

In the meantime Yeoh Li Tian recorded a quick win when his opponent decided he wasn't going to suffer a long hopeless ending a pawn down and instead resigned! That brings Li Tian to 5.5/8. 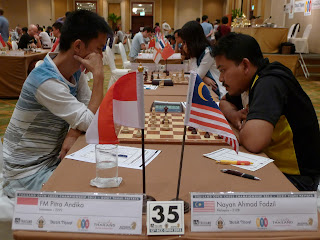 It is also a moment of truth of sorts for Ahamd Fadzil Nayan as he is playing Andika Pitra and any result would give him a 50% score with one round to go! That is how well he has played. 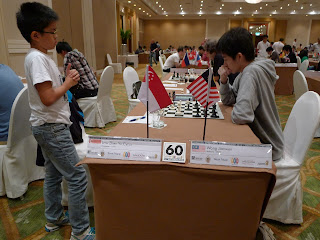 Wong Jianwen is going to college soon and is getting used to being the big kid as little Cyrus Low from Singapore is standing to better see their game! 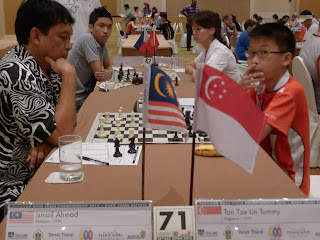 Ismail Ahmad has his hands full too with another Singapore kid in Tommy Tan but players are now used to sitting across kids round after round.