Speaking at Doubleroo... then Missing my Flight Home! 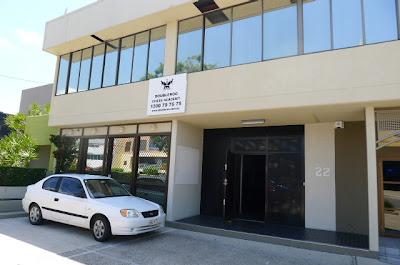 The night before going home I gave a small talk to parents at the Doubleroo Chess Academy and to my surprise it was a rather decent turn out and I really did appreciate the warm nice reception.

In most countries where chess is rather low on the list of parent priorities for their children, I have found that the issues are very much the same and so it would seem that it is also no different in Australia and as a start it was probably very important for parents to understand what chess talent is and how much of that would their child have (or at least at what point they would know for certain).

Parents are always supportive of chess provided the more important things like doing well in school, being well rounded, etc. is satisfied, so what they really only needed to know next is how best could chess fit in.

The good news is that I believe that in general the 'problem' takes care of itself if the parents have the means to support a program for achieving chess excellence when their child shows interest and at the same time is also prepared to make the necessary small sacrifices as part of the 'deal" and keep up with his or her schoolwork and other responsibilities. 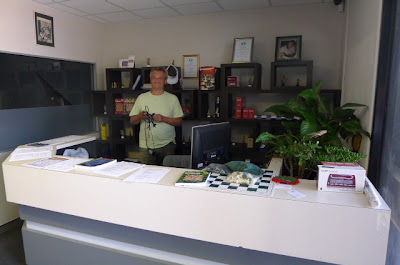 After addressing the all important need for parents to have the guidance of an experienced, qualified and thoughtful trainer (by default no real problem as the parents and their children are already getting the brilliant help now being provided by Doubleroo), much of my talk then centered on explaining the nitty gritty of programs that work, ratings and titles, and international youth competitions.

In conclusion I felt that what was most important for the parents was for their kids to be happy and to be successful in life and that chess offered clear benefits as part of that process.

Whether or not their children achieved anything in chess was less important and also unacceptable if it came at the cost of their future (defined as a good education and professional or business career) but that if they had talent and were seriously committed to succeed in this early period of their life where they could do so, then they were all for trying to make it happen. 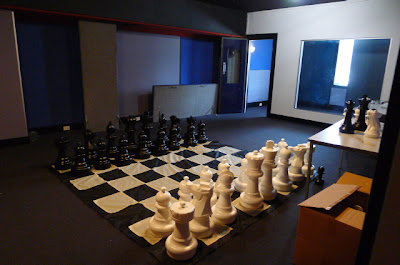 Doubleroo's challenge is then (as would be of all academies and trainers) to take an interested and motivated child based on talent to their fullest potential between 7-17 years of age where everything is still possible!

On an equally happy note (even if it did not quite start that way), I would like to mention that I somehow ended up spending an especially wonderful extra two days in Australia - special thanks to Jenny and Nigel Smith for their help and really great hospitality - after I managed to forget the two hour time difference and miss my original flight home by five minutes.