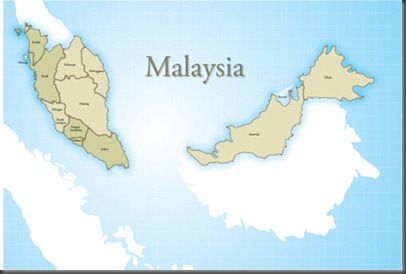 Before anyone reads on, please be advised this is not about telling MCF what to do, or presume to recommend changes, much let alone registering my interest in direct participation in its affairs!

In fact it is quite the opposite as while I of course like everyone thinks that MCF could be better (and that is always going to be the case no matter how good it might be), I am also fully aware that it is so much earlier to talk than to do and I also have a great deal of sympathy as I have in the past also somewhat foolishly taken on all sorts of official roles in many capacities and at all levels and for sure none have been easy!

For sure I am writing as someone relatively uninformed as I really do not have the time to be an active part of the local chess scene and so stand corrected (and sincerely apologise) if any of my assumptions as follows are wrong but I would argue that MCF’s biggest challenge today is not money, organisation, or leadership but membership and by this what do I mean?

Well, to start with, when KLCA was set up it had to be registered under the Sports Commission and not the Registrar of Societies as would be the case in the past and that was where even the Malaysian Chess Federation was originally constituted (and I assume the rest of the state affiliates).

So all have been forced to be reregistered with the Sports Commission and the process has been going on for several years now but today it would seem that only MCF and KLCA are properly registered although several other state affiliates are very active and doing really well but are just simply unable to comply with the single and rather challenging requirement of having its members organised in clubs representing its districts (not so easy if you take a moment to think about it).

Actually KLCA is also struggling with this requirement but because it was set up from day one under the Sports Commission we do not have the strict compliance issues that is being imposed from those moving over but it is really a matter of time before it also becomes a challenge and I know that serious steps are being taken.

Recently KLCA for whom I am the Organising Secretary got a notice from MCF where very correctly I saw that as in the past all former National Champions had the right to play and as an affiliate we were given two slots for the Open and one slot for the Women Championship.

Now I don’t know how many affiliates MCF has and I don’t expect them to be as fortunate as KLCA in relation to the Sports Commission but I do agree they should be given similar privileges and I will even go further to state that in my opinion, active state affiliates meeting some agreed criteria developed by MCF such as number of active and.or rated members, comprehensiveness and frequency of activities/events, having a major open, co-organising MCF tournaments, etc. should perhaps be rewarded with even more places!

Which comes to players without state affiliates that they can join. I suppose in such a case, if they are not eligible to play for another state affiliate, there is nothing wrong for them to be allowed to have provisional (temporary?) direct MCF membership so they can be part of the local chess community but be encouraged to start their own state affiliate soonest.

The problem as I see are players who can be a member of a state affiliate but are not because it does not seem necessary.

MCF’s members are its affiliates and not individuals and it simply does not make sense that MCF supports players who can but refuse to be part of the system that its very existence and authority is based on.

I don’t believe for a moment that chess players deliberately do this because by their nature and also that of the game, they (we!) tend to be somewhat individualistic. Once thing is certain is that there are many unofficial clubs out there and independent organisers which often deal directly with MCF as needed. In most cases, none care about politics and just want to do their own thing and it is mostly about playing chess.

This I think provides a great opportunity for both MCF and the state affiliates. MCF can perhaps facilitate while respecting the rights of its members so that all these unofficial clubs and independent organisers can be brought in under the state affiliates and compromises found so it is a win win and that is really a matter of both parties being reasonable and agreeing roles.

Malaysian chess is too small to fight over nothing at all and because we are so few and all have limitations it is better to co-exist positively.