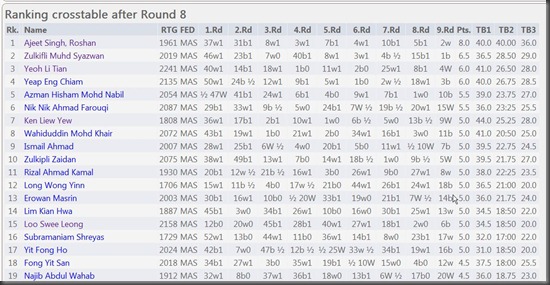 Roshan Ajeet Singh with 8/8 has won the National Closed Championship with one round to go. He will play second placed Muhd Syazwan Zulkifli in the last round but as his score is 1.5 points more the result does not matter.

In this period he has gained 200+ rating points fighting in every game and learning from every tournament.