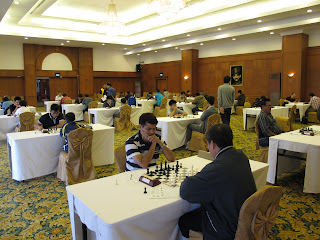 The first round started seemingly routine for the top seeds but after an hour of play it became obvious that getting the full point wasn't going to be so simple for some. But as is usually the case, the more experienced professionals were able to break through in the third hour of play.

Of the favourites, GMs Barbosa, Dao, Marat, Vakdhidov, and Nguyen had no problems. But the challengers found it a bit more difficult with many young Malaysians putting up a fight.

For example 11 year old Benjamin Lee was stubbornly holding on against former Filipino junior champion Mari Joseph Turqueza and after finally reaching a drawn position to record the first surprise of the day, he then decided to actually try and win and in a few moves was completely lost. Still it would have been a wonderful learning experience! 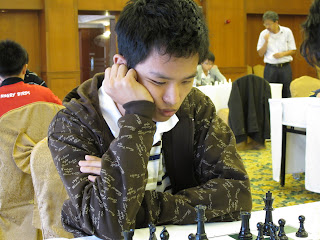 Although rated over 450 points less, teenager Fong Yit Ho did deliver the big upset the round had promised for so long with no less than a Grandmaster scalp when he outplayed Richard Bitoon in a blitz finish but by then he was already winning as the Filipino had gambled in a position where he was not better and perhaps even a little bit worst after he misjudged and misplayed his attack.

It was a great achievement indeed for a young member of one of the most dedicated chess playing families!

With a field of just 40 players, tough match ups came early and so there were many harder fights in round two that would be normally expected but none of the pretenders seriously tried to take on the favourites. 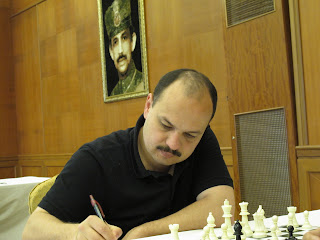 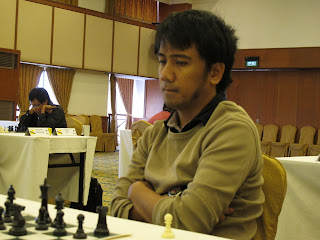 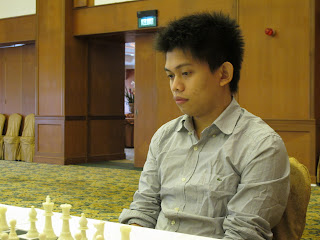 But of course to win a tournament you need a great will to win and three of the most uncompromising players in any tournament they play in would have to be Dzhumaev Marat, Oliver Dimakiling and Yap Kim Steven and so far all are showing excellent form to go with their self belief.

And joining them in the lead with 2/2 in their own determined way are Siriam Jha, Nguyen Anh Dung and both Tahir and Jakhongir Vakhidov as well as Sharma Dinesh K who took down an overly ambitious top seeded Oliver Barbosa.