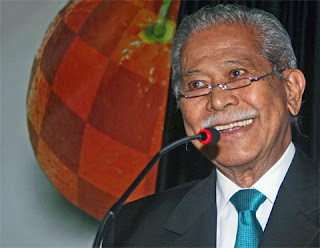 In the run up to the last FIDE election, incumbent Kirsan Ilyumzhinov spent quite a bit of time in the ASEAN region, usually to promote chess in schools but ultimately he made a promise of USD 100,000 a year for 10 years to each of the ASEAN National Chess Federations to organise a Campomanes Memorial.

Being the homeland of the late former FIDE President Florencio Campomanes, the Philippines was naturally the first country in line and the full amount of USD 100,000 was used for the prize fund (although having a women tournament too was a nice gesture)!

Last year something changed when Myanmar hosted it because the prize fund was just USD 10,000 and I personally saw how the organisers struggled with the organising expenses (they did a great job anyway) and later I remember that a GM event also called a Campomanes was also held there.

Malaysia seemed to be the next beneficiary when the inaugural Historial Melaka International Chess Festival was recently announced becase headlining it was another Campomanes event, this time a Rapid with a USD 30,000 prize fund.

But now Brunei has also announced a Campomanes in the more traditional format of the game as well - see details at http://www.bruneichess.org.bn/tournaments/Campomanes-Memorial-Grandmaster-Open-Brunei-2012.pdf and I am especially honoured to have been invited to serve as Chief Arbiter.

I am all for spreading the wealth - the reality is that there is never enough money for chess and all the more so in ASEAN countries where chess is hardly a traditional game, let alone a popular sport - but it all seems very confused and somebody must surely be adding up the money each year for the promised USD 100,000.

But for quite a few years more it will most certainly be Campomanes here and Campomanes there and I think the old man, if he indeed made it to heaven, would certainly be having quite a laugh at this, and all things considered, I think all these are indeed a fitting tribute to the man and what he represented.

And if you, like I did, made a Goggle search "Campomanes' and then clicked on images to get a nice photo for this blog post, you will not fail to see something quite amazing and again that is so consistent with the other thing that Campomanes loved so much!