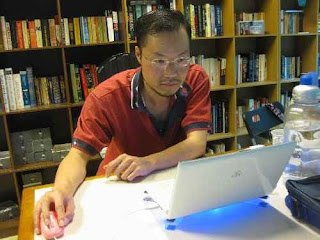 Before asking if any of the players at DYTM Raja Dr. Nazrin Shah Masters and Open would be interested, I checked once again with my good friend Maung Maung Lwin about the status of entries in his GM tournament in Yangon and he confirmed that among the foreign entries was none other than Malaysia's own International Master Mok Tze Ming!

That is fantastic news - another veteran stepping forward to show our juniors what it will take.

Jimmy Liew's incredible activity in the last few years was always something I wondered about and then came the shocking news that our No. 1 Mas Hafizul had turned fully professional by walking away from his Petronas job!

Going back to Mok, I realised he had attended the FIDE Arbiter seminar recently held in KL when he called me and offered his services as an arbiter! I was a bit taken aback as he had played the SEA Games Selection but was not intending to play the Malaysian Open and it seemed he was satisfied with getting the International Master title after so many years of trying.

I have to be frank to say I declined his offer not only because I saw him still as very much as a player who should have been playing (although clearly a very much better businessman!) but also because Ignatius Leong conducted the seminar and when that little man is involved I know things would not have been done properly and as a result, Malaysian chess would have been short changed once again by FIDE.

Let's all welcome the return of Mok Tze Ming and wish him every success in getting a Grandmaster norm!

Earlier Lim Yee Weng had given it a shot too and so it really doesn't matter whether any of our players make it or not but that they actually tried and in doing so gave it their very best.