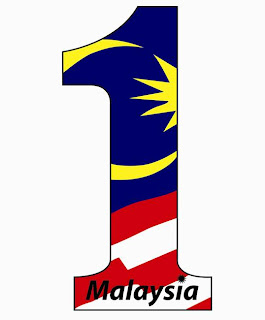 Dato' Tan Chin Nam did not show up to play at the DYTM Raja Dr. Nazrin Shah International Open like he promised and I like to believe he really wanted to. He did come on one of the days and while I was occupied dealing with an organisational challenge but I could not help but see how seriously ill he was.

Since the start of the Malaysian Chess Festival which began on 17 August until the end of the DYTM  Raja Dr. Nazrin Shah Invitational Masters & International Open on 10 September, I have heard - from so many parties bar a certain nobody and more surprisingly the current Malaysian Chess Federation Hon. Secretary Gregory Lau - about practically nothing else but how the old man is interested in once again running Malaysian chess!

Dato' Tan's hand (or at least that of the people that surround him - and there have been many over the years with a few constants) has guided Malaysian chess at least since 1974 and that is a very long time indeed.

History has shown that leaders that stay beyond a second term of office tend to fail, seemly not because of themselves but in spite of their better qualities as those around him would have enjoyed certain benefits of office by then and would have worked hard to convince the leader that he or she is indeed irreplaceable!

After numerous failures, the mid 80's was perhaps a golden period for Malaysian chess and it is a pity that Dato' Tan will no longer be remembered for what he did then.

Like all Malaysian chessplayers I was so happy that Hamid managed to pull off another DATMO after it was announced by Dato' Tan last year that it would be his last as he had now a put in place a "dream" replacement in Tan Sri Dato' Seri DiRaja Ramli Ngah Talib.

To me it was strange as his successor did not play chess and was a retired politician and Dato' Tan's judgement was then further called into question with the humiliation he faced backing Hamid for FIDE General Secretary at last year's FIDE Election (as I had predicted) but now it seems besides offering to sponsor next year's DATMO he is also offering to help out with other existing events and if that is so I will certainly also be asking him if he would also be interested in sponsoring next year's DYTM Raja Dr. Nazrin Shah's.

Well, it looks that now a family dynasty (or a Sendirian Berhad?) is on the cards but the new Emperor's court will be made up of pretty much the same people who have dragged Malaysia into the ground the last 15-20 years and as far as I understand it, Gregory Lau who probably has good intentions but does not seem to have either means or support will not be part of the the incoming administration of horribly familiar faces.