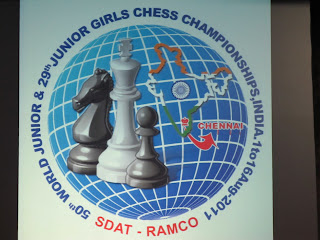 The 50th World Junior and 29th World Girls Championship got underway in Chenna with spectacular opening ceremony on the evening of 1 August 2011.

Participants and guests were treated to an hour long cultural show showcasing Indian dance performed by students from a local chess school before the formalities were conducted by the other main attraction, the main VIP guest who was non other than former World Junior Champion and current World Champion, home town hero Vishy Anand! 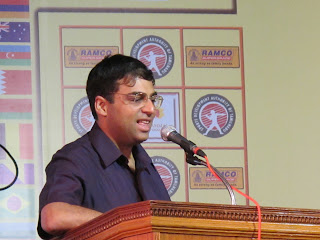 Anand welcomed all and assured us that we would enjoy our stay in Chennai while acknowledging the role of the Tamil Nadu Chess Association who have from its inception ensured that Chennai is the chess capital of India. He noted it took his 4 times before winning the World Junior Championships but in the process the friends he made were among his greatest and longest standing friendships and than even to day he remembered the games and the wonderful moments! 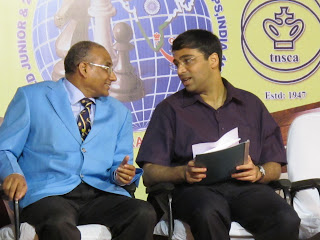 Very much in evidence too was FIDE Vice President D.V. Sunder who recently handed the baton to lead Indian to Bharat Singh and that bodies well for Chennai!