Playing for Dragon One... at the Merdeka Rapid Teams 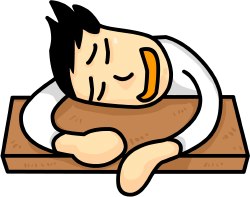 My first games since last year's Olympiad and a milestone of sorts as I finally found time to play in a local event after a very very long time (even if only at this 25 minute time control which is really neither blitz or rapid and was rather hard for me to adapt).

The five rounds on day one left me exhausted on getting home and then the four more on day two proved to be really hard going. So I suppose I could not complain too much from scoring 5/9 on board one (probably after having being designated as the sacrificial goat on the assumption that match points would be used!).

I did find it interesting to play some of the players, some of whose names which were vaguely familiar from being mentioned to me by others from time to time and on my impressions, I can only say that young local players should only be encouraged and not criticised on public forums.

Generally (and to my surprise?) I did not have any special difficulties n the technical side of things - even the one opening which I had some problems I was able to successfully steer it into a playable position albeit without any advantage but then was able to gradually develop a winning endgame until a wild hallucination after all the hard work had been done allowed it to become a draw!

That was the sign of things to come on day two when obvious tiredness started to kick in!

On day one the loss to IM Yue Li was annoying but my own fault as after playing very sharply I then played a safe move after reaching the decisive moment after which my initiative disappeared and it was rapidly downhill from then on. (IM Jimmy Liew's advice after: "In this format, take risks").

Losing to IM Oliver Barbosa was just a matter of stronger player pressing until I made a mistake. But the loss to Jahongir Vakhidov following the draw I gave away was really stupid as I saw a win and got a little too clever and played another move that looked easier, saw it become refuted where in the process he found time to coordinate his pieces and then I foolishly decided to close up the attacking side of the board to block up the position and make a draw and in one careless (fatigued?) moment simply blundered away a rook.

By that time I knew I was in serious trouble physically but luckily the all important last round came after lunch when I had a bit of a catnap and despite having Black I did all the pressing and IM Gary Lane was I think slightly fortunate to find a drawing resource.

Dragon One still went down 2.5-1.5 when a big win was needed and given games points were used, we were of course left empty handed (GM Wang Rui put it very well: "I think we have no task to perform later at the closing ceremony").