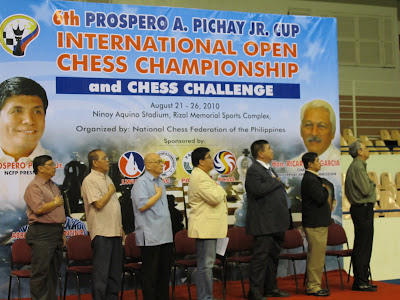 When I was told some time back that Malaysia might struggle to put up a representative team for the Olympiad to be held in Khanty-Mansiysk, Russia from 19 September to 4 October and if I would play if needed, I saw no reason to say no (provided I was given equal terms with all other representatives) as I never for a moment thought that so many players would not be available.
(I must also admit that playing would be one way easy to avoid being caught up in the coming FIDE Elections where I have friends from both sides should I decide to drop by as I did in Dresden last time around).

But in the weeks that followed, players kept dropping out and I found myself constantly suggesting alternatives and other solutions but in the end it seems I will indeed be playing in Siberia, and so here I am in Manila trying to get some games in at the Prospero A. Pichay Jr. Cup. 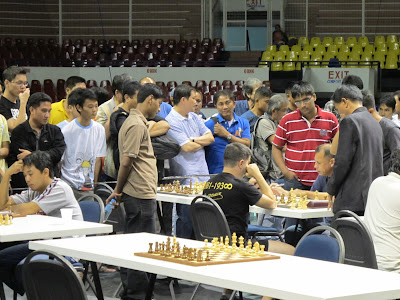 Of course, like all my so called chess trips, I am combining business meetings (and luckily I am not conducting a workshop too!) and I really did want to be part of the Campomanes Memorial except that this event overlaps with the Dato Arthur Tan Memorial which seems to be this year to be very much a part of the campaign for the rather sad Karpov camp, and as I have said so many times before, I am "Not impressed by FIDE election options" and so have chosen not participate in either in whatever capacity possible.