KLCA is looking to organise big locally in the first half of 2010! 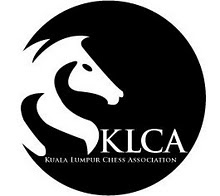 Well, it is time to put up over my New Year resolutions and I am pleased to say that the current report card would indicate that my first resolution is being maintained, the second successfully being done and the third is finally well on the way!

Here, let's just talk about that which is being done and that now means that KLCA (Kuala Lumpur Chess Association) will not only hold the KL Rapid Grand Prix which will run with a 45 minute time control played over weekends monthly at the Royal Selangor Club at Dataran Merdeka  from February to June 2010 over 4 legs and a final (see http://www.klchess.com/2010/01/kl-rapid-grand-prix-2010.html), but also that we are also now ready with the details of the 3rd KL Open Chess Championship to be held from 6-12 April 2010 (see http://www.klchess.com/2010/01/3rd-kl-open-chess-championship-6-12.html).

The KL Rapid series has an open section and an under 12 section, and the reason for the latter is to provide more opportunities for the younger players, and at the same time we have also decided to do away with the KL Young Talent Championship and instead identify this years prospects from the best under 11 and under 9 performers from the four legs and finals.

The major change is that the top 10 finishers have the right to apply for scholarships and the KLCA will form an expert panel to consider the merits of each young talent.