Is Malaysia Missing Again? Well, I don’t see China and the Philippines playing either! 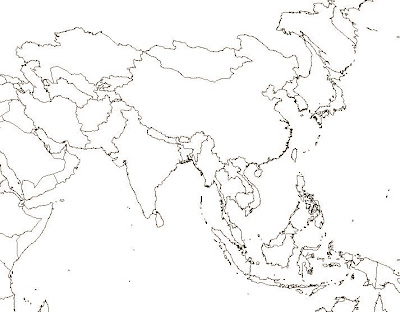 From 20-29 December 2009, Kolkota, India, will once again be the host of the Asian Team Chess Championship, men and women.

There are to date ten countries registered, with the Indian sub-content heavily represented and hosts India of course favourite, but a strong and serious challenge is expected from Vietnam, the top performing Asian team at the Dresden Olympiad 2008, while Iran, Indonesia and Mongolia are expected to also fight for medals.

The event is organized by the Dibyendu Barua Chess Academy and ALLSPORT Management for the All India Chess Federation (AICF) under the auspices of the Asian Chess Federation and the World Chess Federation (FIDE) in Kolkata – best known internationally to be the City of Joy – and even better known to chess lovers all over the world as where the long standing Kolkata International Open held in September each year takes place.

Now in its 16th edition, the Asian Team Chess Championship was started in 1974 with the celebration of the golden jubilee of FIDE on the initiative of the Malaysian Chess Federation with assistance from the government, and a specially designed USD 10,000 Silver trophy named after the late Tun Abdul Razak, then Prime Minister, was offered as a challenge trophy.

The first Asian powerhouse Philippines of course won the inaugural event in Penang, Malaysia, with 8 teams, and in fact remained winners of the bi-annual event till 1983 when bridesmaid China finally took their first honours, after which the title was largely exchanged between these two nations till the emergence of post-Soviet Asian nations.

Kazakhstan was therefore the winner in 1993, the Philippines in 1995 (where the women championship was first introduced and won by China whose total of four of five titles and near absolute dominance was only briefly interrupted just once by Vietnam in 2005), and while following a four year cycle, it was Uzbekistan for the very first time in 1999 before reverting again to China in 2003.

But since then India has won back to back events in 2005 and 2008 and so a historic hat trick awaits them on home ground this year!